The accountability court in Lahore issues order to release all seized properties of Mir Shakil-ur-Rahman. 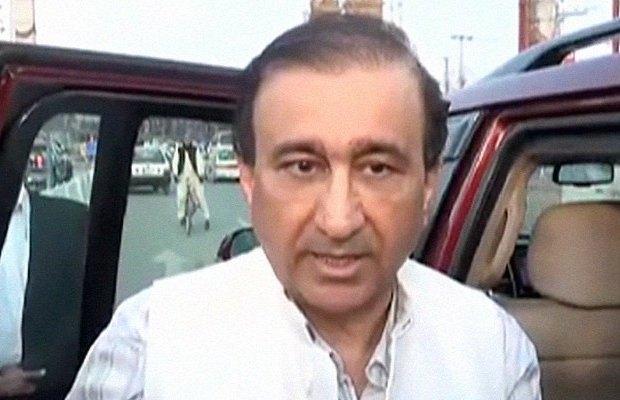 Jang Group editor-in-chief Mir Shakil-ur-Rahman has been acquitted in a land allotment case.

The development comes as the accountability court in Lahore announced its decision on Monday to acquit Jang Geo Media Group editor-in-chief Mir Shakil-ur-Rahman and two others in a case relating to a property transaction that took place some 34 years ago.

As per the verdict, no charges were proved against the suspects and hence it declared all suspects involved innocent.

In addition to Rehman, former director-general of Lahore Development Authority Humayon Faiz Rasool and its former director of the land development department, Mian Bashir Ahmad, have also been acquitted in the case.

The court further issued an order to release all seized properties of Mir Shakil-ur-Rahman.

National Accountability Bureau (NAB) arrested Mir Shakil-ur-Rahman was arrested in March 2020 after failing to satisfy their answers in a hearing regarding the case.

He was granted bail by the Supreme Court after around eight months in captivity.

The development is being welcomed by the journalists on social media, while PML-N leader Maryam Nawaz has been also following the case:

An accountability court has acquitted Mir Shakil ur Rehman (owner of Pak’s largest pvt media group) in a bogus case meant to tame him. He was locked up for 8 months. The farce of #accountability — or witch-hunt of political opponents, media owners, etc. — gets exposed every day. pic.twitter.com/EygkMWArdX

Jang Group Editor in Chief, Mir Shakil ur Rehman has been acquitted of all charges in a 3 decade old property case. It's now clear why #MSR was targeted and arrested but it also seems that the totalitarian forces behind this case are also getting exposed.https://t.co/nWzux7rHtC

He was detained by NAB for his involvement in purchasing 54 Kanal Land in Lahore’s Johar Town area during the tenure of Nawaz Sharif as Punjab chief minister in 1986.

tweet
Share on FacebookShare on TwitterShare on PinterestShare on Reddit
Saman SiddiquiJanuary 31, 2022
the authorSaman Siddiqui
Saman Siddiqui, A freelance journalist with a Master’s Degree in Mass Communication and MS in Peace and Conflict Studies. Associated with the media industry since 2006. Experience in various capacities including Program Host, Researcher, News Producer, Documentary Making, Voice Over, Content Writing Copy Editing, and Blogging, and currently associated with OyeYeah since 2018, working as an Editor.
All posts bySaman Siddiqui