Mufti Muneebur Rehman said deciding matters about Eid was the job of people "who fast, pray and can attest to the same publicly". 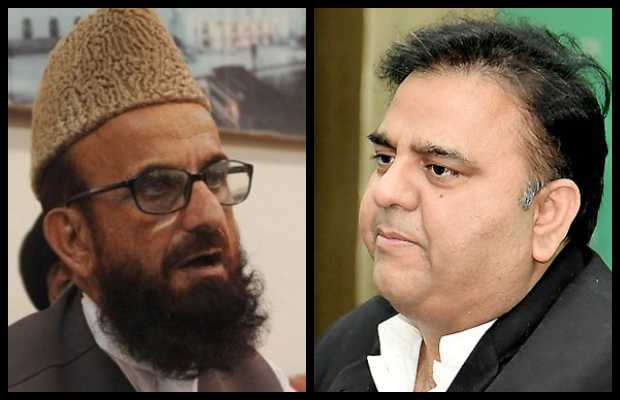 He was speaking to the media in a press conference to announce the committee’s decision on the Eid ul Fitr moon sighting Saturday evening.

Chairman Ruet-e-Hilal Committee said that Fawad Chaudhry should stay within his ministry. He added that the committee condemns the science minister’s interference in religious matters.

Asked about the minister’s announcement, Mufti Rehman said: “Fawad Chaudhry has no standing. We are bound to the Shariat.”

He added that Chaudhry “should not interfere in [matters of] religion” and demanded of the prime minister to stop him from doing so.

“He (Chaudhry) had said that we will send the first Pakistani to the moon by 2022; perhaps he should focus on that,” he said, adding that the minister should also fulfill his pledge to carry out mass production and export of quality ventilators.

“But he should not target the religion due to some of his deprivations and disappointments.”

Mufti Muneebur Rehman said the committee “strongly condemns” Chaudhry for interfering in matters of religion. “Fawad Chaudhry should be bound to keep himself limited to his ministry,” the mufti said, adding that due to some “unknown issues within the government”, various members of the cabinet pursued their own directions.

Mufti Muneebur Rehman also added that deciding matters about Eid was the job of people “who fast, pray and can attest to the same publicly”.

tweet
Share on FacebookShare on TwitterShare on PinterestShare on Reddit
Saman SiddiquiMay 23, 2020
the authorSaman Siddiqui
Saman Siddiqui, A freelance journalist with a Master’s Degree in Mass Communication and MS in Peace and Conflict Studies. Associated with the media industry since 2006. Experience in various capacities including Program Host, Researcher, News Producer, Documentary Making, Voice Over, Content Writing Copy Editing, and Blogging, and currently associated with OyeYeah since 2018, working as an Editor.
All posts bySaman Siddiqui