Nawaz Sharif’s blood platelet count has drastically dropped from 45,000 to 25,000 within a day. 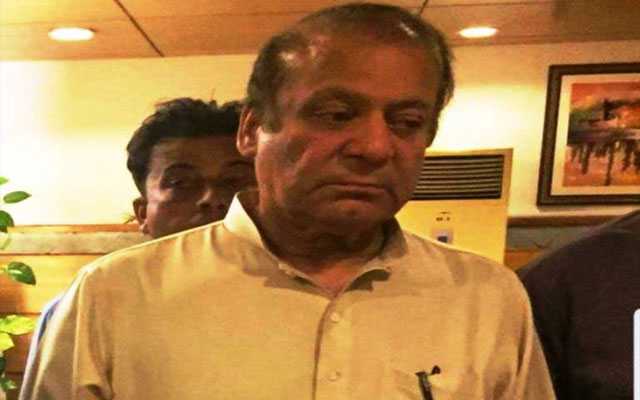 The former Prime Minister’s health has deteriorated again on Sunday as his blood platelet count has drastically dropped from 45,000 to 25,000 within a day.

According to the new latest test reports of the former premier, the doctors have stopped Nawaz Sharif’s heart medication because of the sensitivity after his blood platelets count fell to 25,000.

Sources revealed that the Punjab Institute of Cardiology has issued a 24-hour duty roster of a cardiac specialist to monitor his heart condition while the medical board has also stopped administering Heparin medicine (a medication used in the treatment of heart attacks and unstable angina and is given by injection).

According to sources, the medical board conducted a medical test which showed that his platelet count has further decreased to an alarming situation and forced doctors to stop Heparin medicine which was suggested a few days ago when Trop and Trop I test report came in positive.

Meanwhile, the condition of the lungs of the former premier has also been affected.

Sources said that under the current circumstances, the Pakistan Muslim League-Nawaz (PML-N) leader cannot be discharged from the hospital.

The former prime minister was rushed to Services Hospital from the National Accountability Bureau (NAB) Lahore detention center on Monday night after his health condition suddenly worsened. Earlier, he was moved from Kot Lakhpat jail to NAB Lahore after his 14-day physical remand on October 11 in connection with the Chaudhry Sugar Mills corruption case investigation.