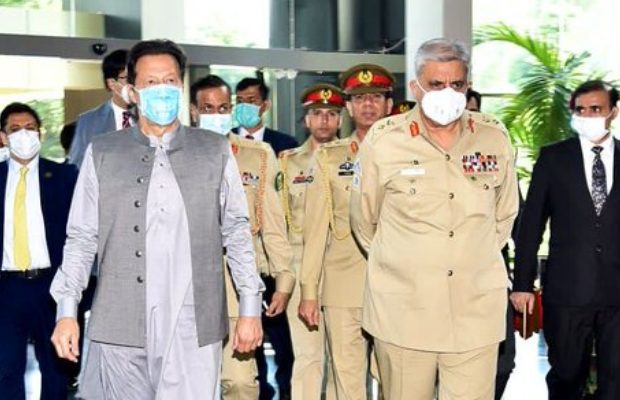 Confusion looms over delayed notification for the appointment of Pakistan’s new DG ISI!

According to the news source, the official notification for the appointment of New director-general of the Inter-Services Intelligence (DG ISI) is likely to be issued tomorrow. However, who will hold the office, confusion still exists!

While making an appearance before the media on Monday, Information Minister Fawad Chaudhry briefed that Army Chief General Bajwa and PM Imran Khan had a meeting last night and the DG ISI’s appointment will be done according to law.

“Gen Bajwa and the prime minister have close and good relations … they are ideal relations between the civilian and military leadership,” he said, adding that the Prime Minister’s Office would “never take a step that will disrespect the army and vice versa”.

Fawad Chaudhry also appreciated the media for not sensationalizing the matter of the DG ISI’s appointment.

Prime Minister Imran Khan has taken the Cabinet into confidence on the issue of notification of DG ISI and said that the matter will be resolved amicably, no attempt should be made to misrepresent it.

According to media reports, a meeting of the Federal Cabinet was held under the chairmanship of Prime Minister Imran Khan in which the Prime Minister took the Cabinet into confidence on the issue of notification of DG ISI.

Sources said that in the meeting of the federal cabinet, Prime Minister Imran Khan said that no attempt should be made to misrepresent the issue, we are on the same page and the issue will be resolved soon in a cordial manner.

On October 6, it was reported that Lieutenant General Nadeem Ahmad Anjum has been appointed as the new director-general of the Inter-Services Intelligence (ISI) after a major reshuffle in Army’s top brass.