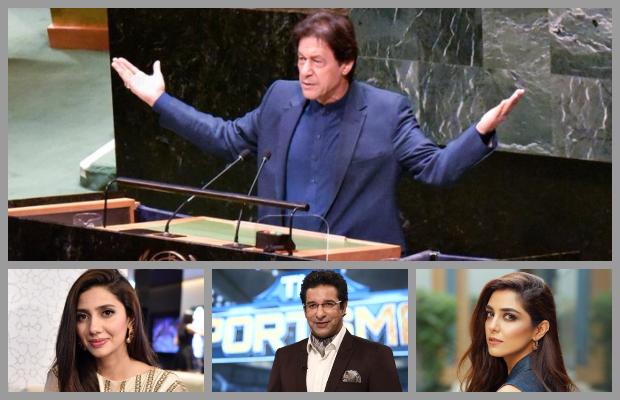 The government of Pakistan might have been having a hard time governing the nation. Yes, we agree with this. But we also give credit where it’s due; Imran Khan, truly is one of the best leaders to have represented Pakistan at an international platform. Bold and fearless is how we describe Imran Khan when it comes to putting forward his agenda in front of the world.

Yesterday Khan made history with his speech at the United Nations General Assembly. Khan addressed islamophobia and most importantly the Kashmir Issue and how India, under Modi, had been holding innocents hostages for over a month now. Showing extreme courage and strength, Imran Khan made sure in his speech that Pakistan wouldn’t back down when it came to supporting Kashmir and that we would be ready to fight to protect our innocent brethren.

Pakistanis and the entire international community listened to Khan in a trance, even when he exceeded the allotted time limit to each country’s representative. Now, the entire nation is not only backing IK but lauding him for his bold stance.

Here’s how Pakistanis have been reacting to Imran Khan’s speech at UNGA yesterday.

Finally got to watch the speech… @ImranKhanPTI you make us proud!!♥️🇵🇰

Our PM presented our case like a genuine leader. His speech's most important bit: "Will the world community appease a market of 1.2bn or stand for justice and humanity?” #ImranKhanMakesHistory#IKFinalTalkForKashmir 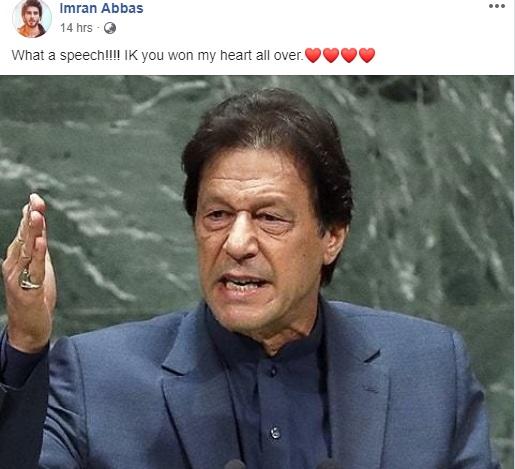 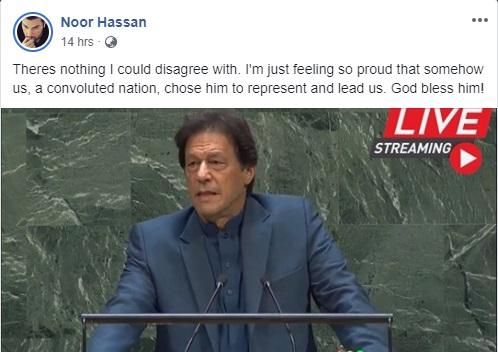