As soon as the situation in Kabul deteriorated, the captain had contacted the PIA management. 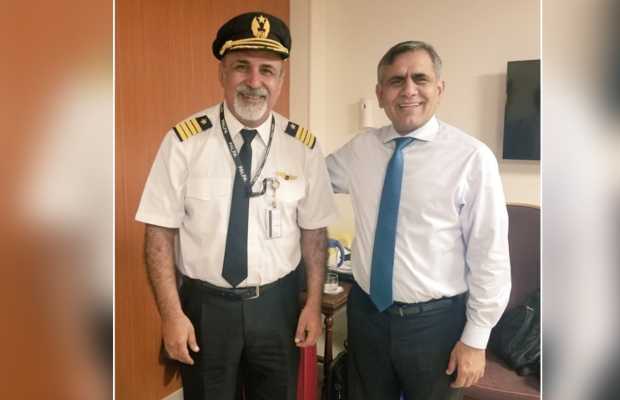 PIA pilot lauded for flying plane out of the crisis-like situation at Kabul airport.

Pakistan Internat­ional Airlines (PIA) Chief Executive Officer Arshad Malik has praised Captain Maqsood saying, “In a crisis situation, the use of understanding, experience, and skills is a sign of a real professional.”

In his message, the CEO praised Captain Bajrani for bringing the flight from Kabul after the situation deteriorated, as he flew safely in adverse conditions after informing the PIA management.

Sunday saw the most chaotic scenes at the Kabul airport where thousands of people including Afghan nationals were trying to flee the country as the Taliban were in talks to take over the capital.

Maqsood Bajrani Captain of the PIA Airbus A320 was waiting to get clearance from Air Traffic Control when the Taliban took control of Afghanistan on Sunday.

As the emergency was declared at the airport as thick black smoke emitting from the surrounding hills could be seen from the plane, the PIA Airbus A320 was kept on hold.

As soon as the situation in Kabul deteriorated, the captain had contacted the PIA management.

“Take your own decision,” one of the cabin crew said. And following that Captain Bajrani of PIA flight PK6252 decided to take off for Islamabad.

the captain promptly decided and made a surprise announcement that they were ready to take off for Islamabad.

According to a crew member, soon afterward the plane started moving with high speed to take off, it was because the captain was following two fighter planes running ahead of the PIA plane as he thought it better to follow them.

It was a sigh of relief for passengers and crew when the captain informed them that they had entered the territory of Pakistan.

The plane landed at Islamabad International Airport at about 7.10 pm on Sunday.