The 76 convicts were sentenced to two years of jail 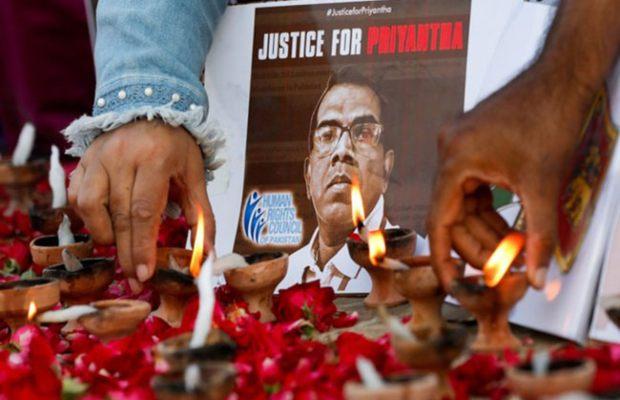 An Anti-Terrorism Court (ATC) in Lahore on Monday has sentenced 6 to death and awarded life imprisonment to 9 accused in the Priyantha Kumara Lynching Case.

Meanwhile, nine people have been sentenced to life imprisonment in the murder case.

A total of 89 men had been indicted for their involvement in the murder of the Sri Lankan factory manager Priyantha Kumara.

The anti-terrorism court completed the trial of the case in Kot Lakhpat Jail, Lahore.

Both the prosecution and the defense had concluded their arguments in the case that was being heard on a daily basis.

Priyantha, a 49-year-old Sri Lankan national factory manager, was lynched by a mob of workers at a factory in Sialkot last year on December 3, 2021, on alleged blasphemy claims.


Sialkot lynching became a day of shame for Pakistan drawing the nation’s ire.