Qasim Suri has deleted his tweet, but the internet never forgets! 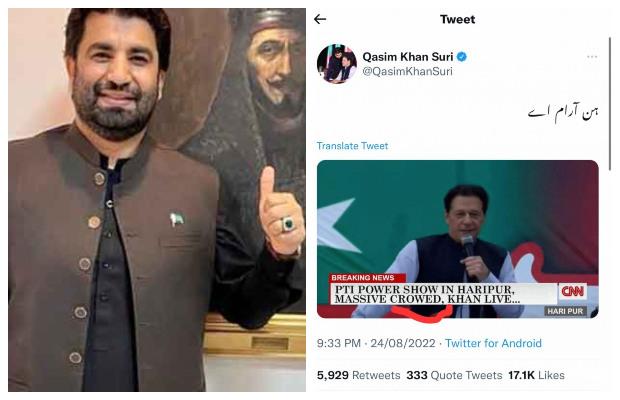 Qasim Suri is being trolled for sharing a fake CNN screenshot in a tweet.

However, the PTI leader and former National Assembly (NA) Deputy Speaker Qasim Suri has deleted his tweet, but the internet never forgets!

It all started when Qasim Suri shared a fake screenshot of CNN covering PTI Chairman Imran Khan’s rally in Haripur on Wednesday.

He meant to say, *CROWD. 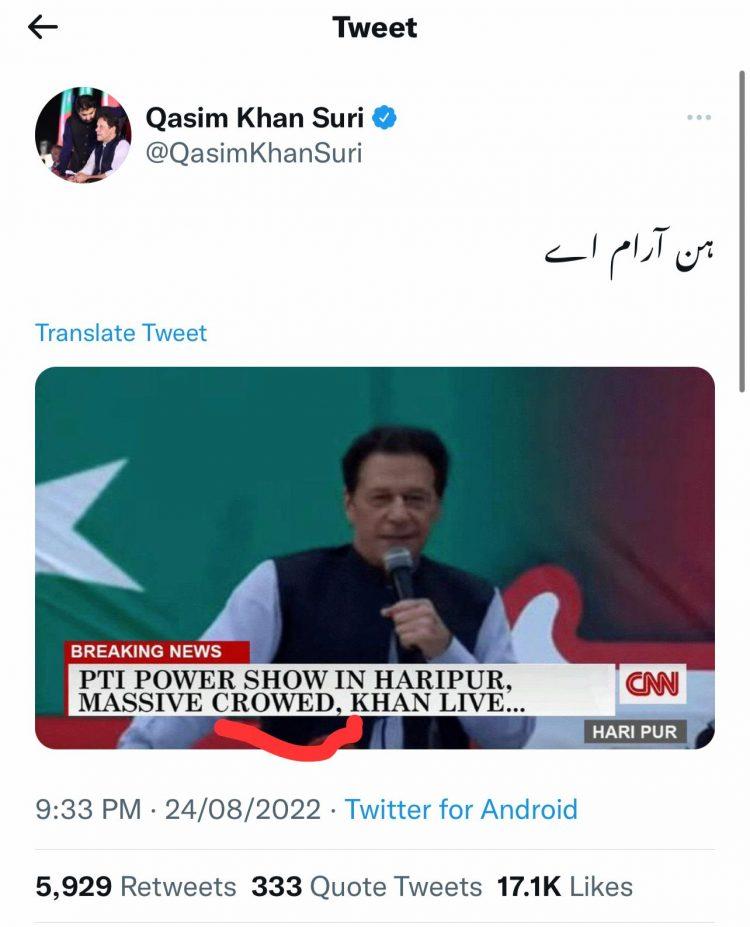 Well in this digital age one can not make fool of the masses and those who claim to be politicians and representatives of the general public need to show more responsibility. 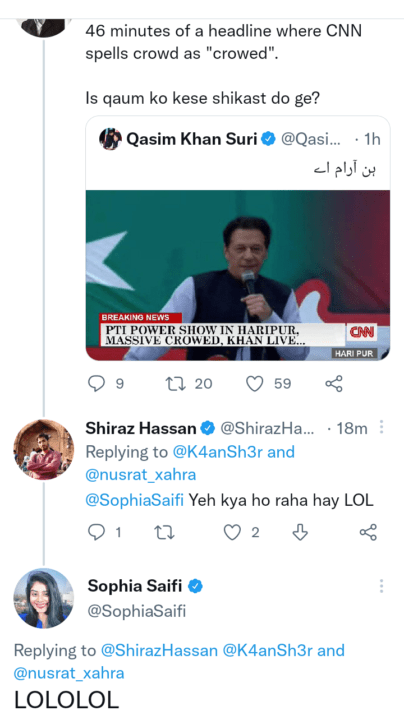 Man who can't even differentiate between a fake CNN screenshot that says 'massive crowed' was given some american letter on which he cancelled the VONC. LMFAOO pic.twitter.com/ORElTZKcFZ

We are worrieded about Qasim Khan Suri, CNN

You should keep in mind that Qasim Khan Suri resigned as National Assembly deputy speaker on April 16, 2022, ahead of a no-trust vote against him.