Five people were killed and 12 injured in the blast. 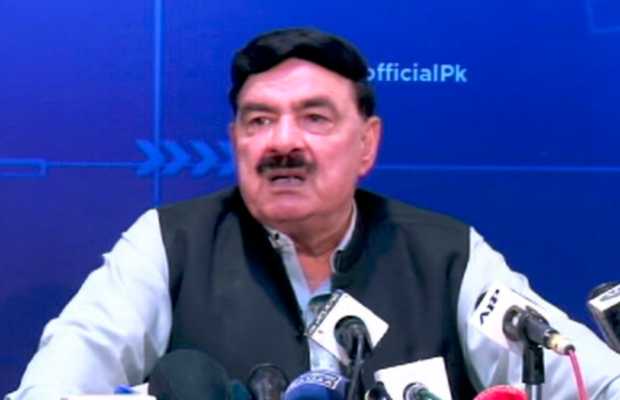 Sheikh Rasheed on Thursday has confirmed that the blast that occurred in the parking of the hotel was a suicide bomb attack, saying that the attacker detonated himself inside the car.

A  powerful bomb exploded in the parking lot of the Serena Hotel in Quetta on Wednesday night around 10:30 pm, killing at least five people and wounding 12 others.

While addressing a press conference on the matter, the federal minister said, “The attacker was a suicide bomber and used C4 explosives, weighing between 60 to 70 kilograms. The suicide attacker stayed in the car which has been sent for forensic analysis.”

He also updated that five people died and 10 had been injured in the blast.

Minister added that the attack was carried out by “forces which opposed the country’s development and wanted to undo the stability gained by the PTI government”, as well as disrupt Quetta’s peaceful environment.

“We had handed over the command of 13 security check posts to police, and the Frontier Corps were also ready to leave several others before this bloody incident,” the interior minister said.

He also pointed at India’s activities aimed at destabilizing Pakistan, revealing that during the past eight to 10 days, an estimated 250,000-300,000 social media accounts were created in India.

He stressed that these were efforts to destabilize Pakistan from within “by foreign elements”.

Last night in a statement Federal Interior Minister confirmed that the Chinese Ambassador to Pakistan Nong Rong was staying at the Serena Hotel, but he was not present at the premises at the time of the blast.

Five people were killed and 12 injured in the blast.

A funeral for the two martyrs was held at Kasi Graveyard.

While updating about the casualties and the wounded in the blast, Rasheed said that out of the 11 who were injured, six had left the hospital after getting treated.

“The rest are in hospital, out of which only two to three are in a critical state,” he added.

tweet
Share on FacebookShare on TwitterShare on PinterestShare on Reddit
Saman SiddiquiApril 22, 2021
the authorSaman Siddiqui
Saman Siddiqui, A freelance journalist with a Master’s Degree in Mass Communication and MS in Peace and Conflict Studies. Associated with the media industry since 2006. Experience in various capacities including Program Host, Researcher, News Producer, Documentary Making, Voice Over, Content Writing Copy Editing, and Blogging, and currently associated with OyeYeah since 2018, working as an Editor.
All posts bySaman Siddiqui