The top court has restrained the National Accountability Bureau (NAB) from filing references against concerned individuals unless Bahria Town defaults on payment. 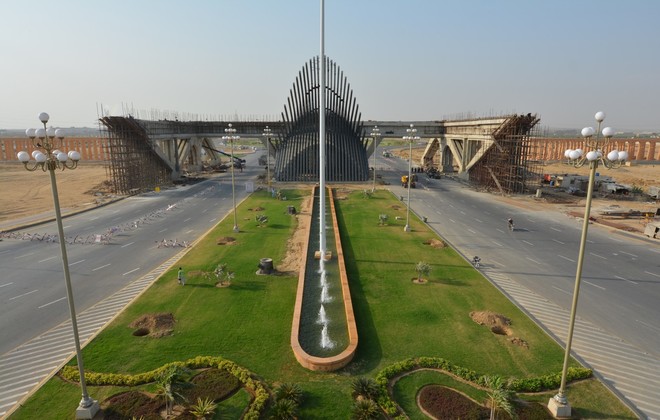 The Supreme Court has accepted the offer of Bahria Town of Rs. 460 billion in land reference; a 3-member bench headed by Justice Azmat Saeed ordered that Bahria Town would pay the amount within 7 years and no reference would be filed against it.

Bahria Town Karachi offered Rs460 billion for the lands that it occupies in the Malir district of Karachi and restrained the National Accountability Bureau (NAB) from filing references against it.

Last week the top court of Pakistan had reserved its ruling on whether or not to accept a fresh offer by the Bahria Town (Pvt) Limited to settle a case pertaining to its Malir or Karachi Super Highway project in lieu of payment of Rs450 billion.

The amount to be paid by the Bahria Town Karachi was raised by The Supreme Court to Rs460bn.

According to the verdict announced today, the SC has ordered Bahria Town Karachi to pay 30 percent of the amount by August this year.

From September onward, it will have to pay monthly installments of Rs2.25bn for the next three years. Bahria Town Karachi will be considered a defaulter if the company fails to deposit two installments.

The SC verdict further states that after three years, it will have to pay a four percent markup in case of late installments. The company will also be required to give a 99-year lease to everyone who purchased a plot in Bahria Town Karachi housing project and will mortgage parks, cinemas and other assets owned by it.

The court will pass a decision regarding the ownership of the land as in accordance with the law, once the amount is paid in full by the Bahria Town.

The SC Order says that the money will be deposited in the Supreme Court which will then be distributed it as per the law.
Bahria Town Karachi’s director has also been ordered to record a statement under oath regarding the payment.