SC took suo motu notice of the constitutional crisis that erupted after the no-trust motion against PM Imran Khan was deemed “unconstitutional.” 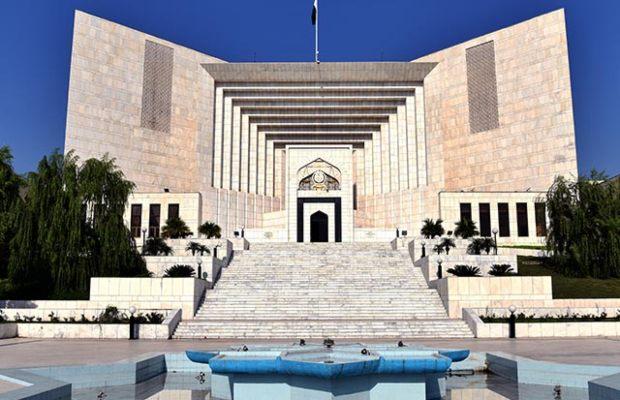 The Supreme Court of Pakistan has adjourned the hearing till Thursday on the case that would set the country’s future political course and end the current crisis.

Chief Justice of Pakistan Umar Atta Bandial remarked that the no-confidence motion is a legal process and whether the speaker has the right to sabotage the constitutional process.

PTI’s counsel Babar Awan after presenting his arguments also brought the issue of horse-trading allegations ahead of the no-trust vote.

The judges, however, said that the court would not interfere in political and foreign policy issues and would remain focused on the legality of the deputy speaker’s ruling.

The chief justice said the court wants to wrap up the “important case” soon but only after hearing all parties.

“The court will announce the verdict according to the law and constitution, not on the basis of loyalties.”

The CJP remarked that the case pertains to the violation of Article 95.

“The court can intervene where there is a violation of the constitution.”

The court rejected PTI counsel’s plea for an in-camera briefing.

Counsel for President Arif Alvi, Ali Zafar contended that “The court has no power to review the ruling of the speaker.”

“The parliament should be given an opportunity to look into its problems,” he added.

Responding to this, CJP Bandial said that a very important case is being heard in this court.

“We first want to wrap up the case on what happened in the NA on April 3,” the CJP remarked.

However, Tarar argued, “Punjab Assembly’s matter is the extension of Islamabad’s case.”

CJP remarked that negative statements are being made against the court and it is being said that the court is delaying the matter.

“We have to decide after listening to everyone’s stance,  will look into the Punjab assembly matter in the end.”

CJP Bandial said that the court will ask the Punjab advocate-general under which law the Assembly session was adjourned.

The hearing has been adjourned till 9:30 Thursday.