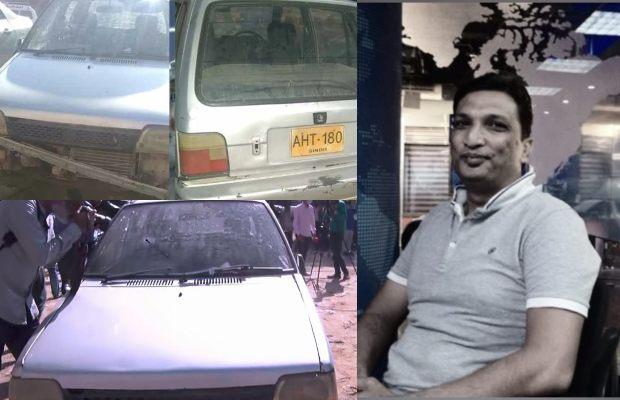 As being reported he received 3 bullets during an attempted robbery while driving near KDA chorangi North Nazimabad.

The incident occurred around 9 am as the deceased tried to prevent a passerby on the road from being mugged.

According to SSP Central Rana Maroof, Ather Mateen hit the motorbike of the robbers while trying to thwart the robbery.

According to the SSP, the accused fell from their motorcycle and opened fire on the vehicle, killing Ather Mateen.

According to the police, one of the motorcyclists, who fell on the ground, opened fire at Mateen’s car.

The assailant fired three shots, but Mateen sustained only one bullet injury which killed him on the spot, the police said.

After the incident, the accused left their motorcycle, snatched another citizen’s bike, and fled.

Investigation into the incident is underway and Police are getting details of the motorcycle left by the accused.

While talking to SAMAA, SP Gulberg Tahir Nawarni said that Samaa TV’s senior news producer Ather Mateen was returning home from school after dropping his kids between 8:30 am and 9:00 am when the motorcycle tried to stop him.

Athar Mateen was a Senior News Producer at @SAMAATV for the last 2 years. He was 42 years old.

Do remember him in your prayers.. pic.twitter.com/lQtVionXPr