A six storey building has collapsed in Karachi’s Ranchoreline area, while no casualties were reported.

The building was said to be evacuated from the residents last night after large cracks appeared on the structure and people could hear crumbling noises in the structure.

Ramzan Building had 24 residential apartments and two godowns at the ground floor and was constructed 12 years ago. 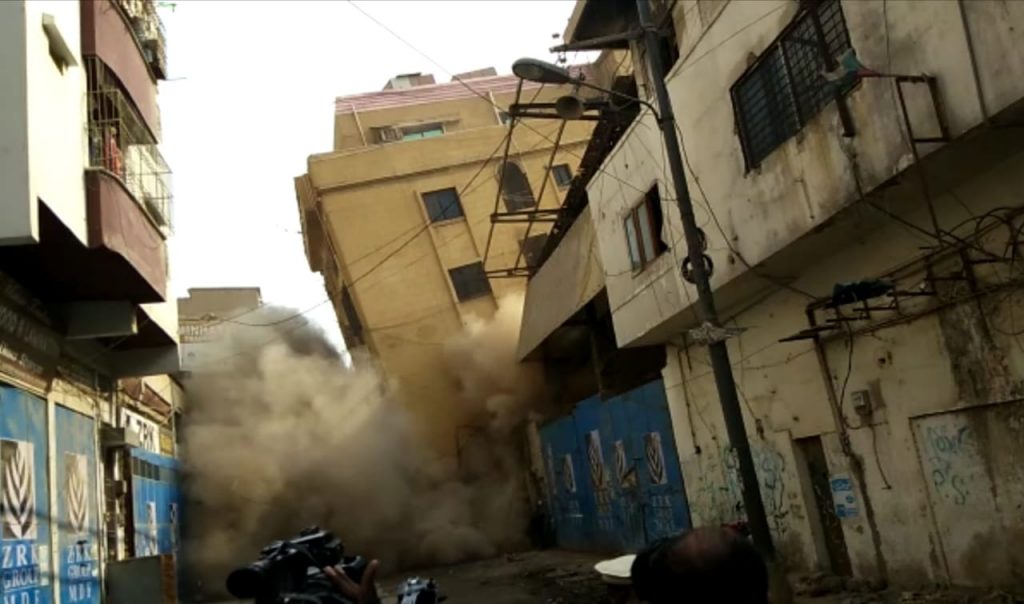 As being reported, Sindh Building Control Authority SBCA had vacated the six-storey building a few hours ago after it had titled.

Furthermore, utility connections including gas and electricity,  to the residential complex were already disconnected by the authorities.

The area has been cordoned off and rescue teams have reached the site.