The bereaved brother has demanded the authorities to provide him justice. 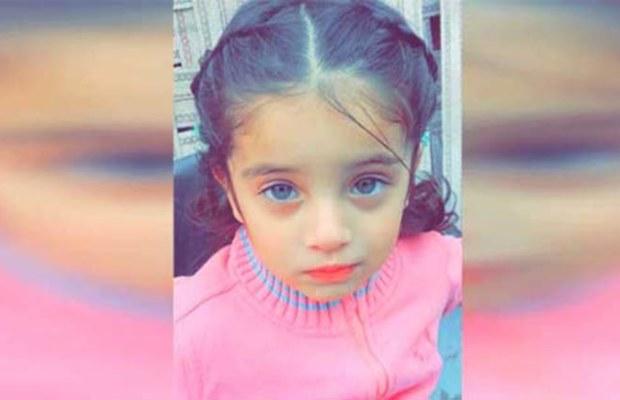 A 4-year-old girl was killed in an exchange of fire between robbers, guards in Karachi on Wednesday night.

As being reported the incident occurred near Shah Latif Town Manzil Pump when some unidentified armed motorbike riders entered a shop, Mini Mart, and within minutes looted the shop.

When the robbers tried to run off, the security guard of the shop opened fire on them.

As a result, four-year-old Harmain received a bullet. She was taken to hospital but she succumbed to her wounds.

Reportedly one of the dacoits was also injured during the firing. He was captured by the nearby residents who recovered cash and arms from his possession.

The bereaved brother has demanded the authorities to provide him justice.

While talking to media outside Jinnah Hospital, Karachi, the brother of deceased Harmain said that they were riding on a motorcycle.

When he heard gunshots, he stopped the bike.

He told reporters, that he thought that Harmain got scared but when he saw his sister, she was drenched in blood.