The girl and her father were pushed out of THE SMART SCHOOL Campus. 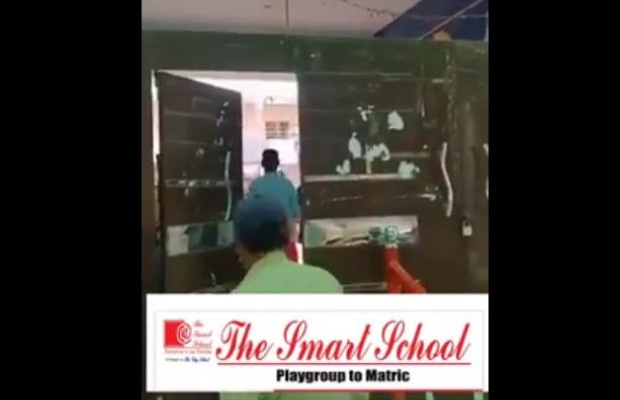 THE SMART SCHOOL administration beats the student’s father over nonpayment of fees!

As being reported, a student was kept at the school gate all day in scorching heat due to non-payment of fees by the management of the school.

The girl and her father were pushed out of THE SMART SCHOOL Cantt Way Campus, Karachi.


CCTV footage of the incident and other parents present at the scene bear witnesses to the incident.

The girl’s mother, through voice recording, has appealed for investigation and justice and filed a case against the Education Minister, Sindh Chief Minister, senior officials of the Private Schools Association.

The Father of the student has also shared a video describing the incident.

As being reported, an inquiry has been launched following the incident.