The protesters would move to Rehmatul Lil Alameen Mosque as half of their demands have been fulfilled. 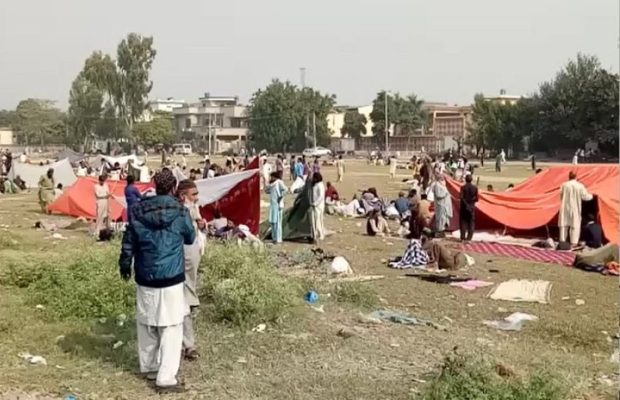 The Tehreek-e-Labbaik Pakistan (TLP) on Monday has announced an end to its sit-in at Wazirabad, a day after the government revoked a ban on the party.

As being reported, TLP supporters have started packing up and are heading back to Lahore.

A TLP spokesperson while talking to a news outlet on Monday said that the protesters would move to Rehmatul Lil Alameen Mosque as half of their demands have been fulfilled.

A day earlier, the interior ministry issued a notification regarding removing TLP’s name from the list of proscribed outfits.

According to the notification, the step was being taken after the Punjab government considered the TLP’s request to revoke the ban in view of “the assurance and commitment by the organization” and “the larger national interest and long term perspective to ensure that such incident do not recur in future.”

The interior ministry had received a summary after the approval of the federal cabinet on the matter regarding the removal of TLP’s proscribed status.