US President Donald Trump was rushed from the briefing room by Secret Service on Monday after a shooting outside of the White House.

But he returned to the briefing room moments later and announced there had been a shooting near the White House. Trump said law enforcement shot a “suspect” and the person was being taken to a hospital. 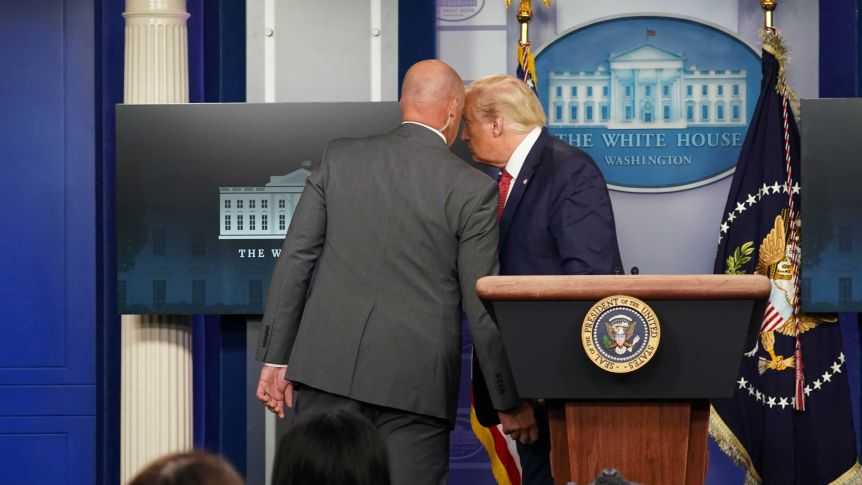 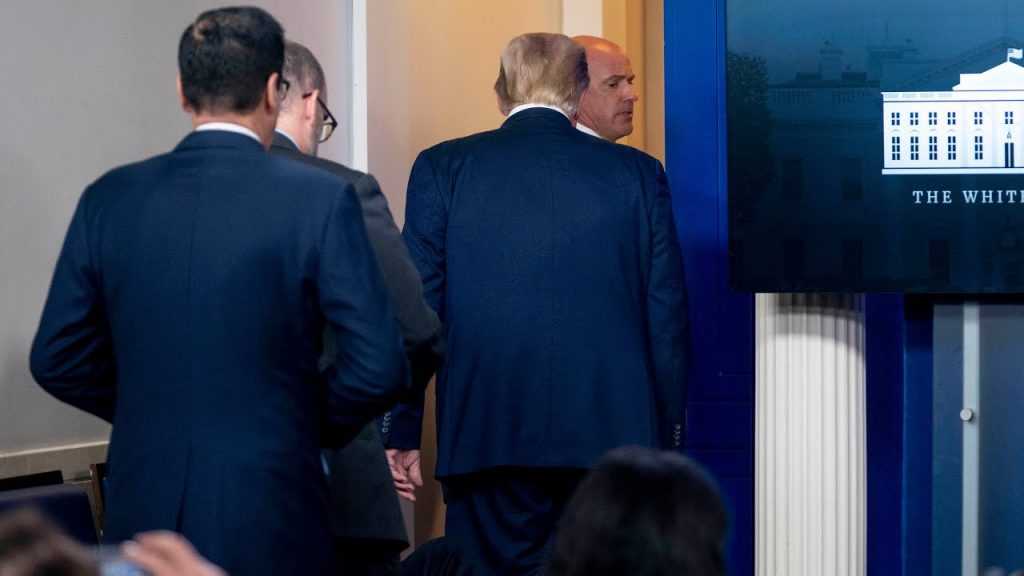 According to the Associated Press, the shooting took place near 17th Street and Pennsylvania Avenue, just blocks from the White House, according to two sources with knowledge of the situation who were not authorised to speak publicly about it.

The Secret Service confirms there was an officer-involved shooting outside the White House, which led to President Trump being briefly escorted out of his briefing with reporters.https://t.co/a68rwWnkEO pic.twitter.com/Ppm4VuunfU

It was a shooting outside of the White House, “POTUS said after resuming the press briefing.

“It seems to be very well under control … But there was an actual shooting, and somebody has been taken to the hospital. I don’t know the condition of the person.”

He said the shooting was “near the edge of the White House grounds” and he was taken to the Oval Office while “law enforcement” dealt with the situation.

Reporters asked Mr. Trump if he was shaken by the incident.