The President in his address called out for dialogue to solve the seven decades old issue. 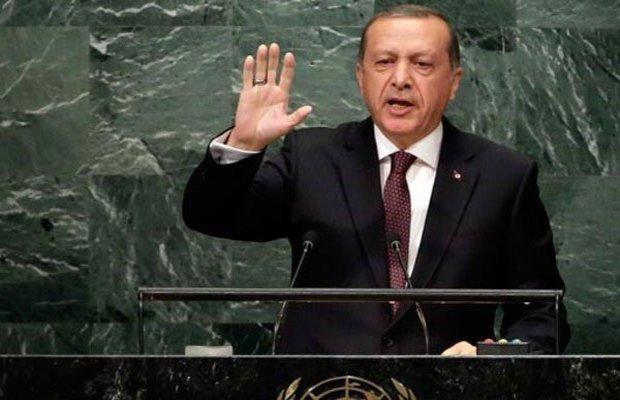 Turkish President Tayyip Erdogan who earlier met Prime Minister Imran Khan on Tuesday, during the 74th session of UN General Assembly in New York, has brought attention to Kashmir issue at the UN.

The President in his address called out for dialogue to resolve the 72-year old issue in the region, and stated that Kashmir’s prosperity and peace cannot be differentiated from that of the south Asian region, reported Turkish agency Anadolu.

#Kashmiri conflict is waiting for solution for 72 years – #Erdogan to #UNGA pic.twitter.com/bh9Ddhn5eT

He added that despite United Nation’s resolutions, 8 million people continue to suffer at the hands of Indian brutality and the body is silent on the grave matter. He reiterated that in order to bring peace in the region, Kashmir issue has to be brought on discussion table and a dialogue with fairness has to be carried out.

“For a safe future it is imperative that to solve the issue of the occupied valley through dialogue than conflict,” said Tayyip Erdogan.

PM Imran Khan including many others have taken to social media to say thankyou to Turkish President for raising Kashmir issue at the UNGA Session.

I thank Turkey’s President Erdogan for raising the issue of IOJK in the UN General Assembly & calling for a solution to this long-standing dispute. Referring to the siege of IOJK, he pointed out that despite UN resolutions, 8 million people are stuck in IOJK.

I appreciate President Erdogan's statement that the stability and prosperity of South Asia cannot be separated from the Kashmir issue.

On behalf of Kashmiris, I'd like to thank, Turkish President Tayyip Erdogan for showing solidarity with the oppressed people of Kashmiris at #UNGA. 50 days have passed when Modi moved an unconstitutional bill in the parliament and disconnected Kashmir from World. #OurVoiceErdogan

A real friend is one who walks in when the rest of the world walks out. Thank you @RTErdogan once again for being the voice of the oppressed people of Kashmir. #OurVoiceErdogan https://t.co/H1WeHkfbfH