Twitter’s stock was down 2% in after-hours trading after Dorsey’s announcement. 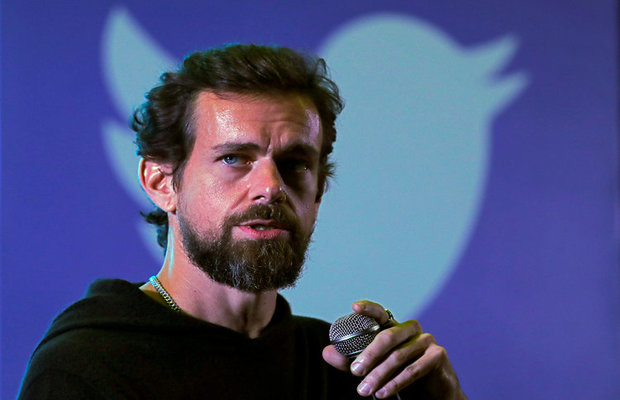 Taking it to social media,  Jack Dorsey shared, ‘We’ve made the decision to stop all political advertising on Twitter globally. We believe political message reach should be earned, not bought. Why? A few reasons…”.

We’ve made the decision to stop all political advertising on Twitter globally. We believe political message reach should be earned, not bought. Why? A few reasons…🧵

In an 11-tweet thread, Twitter’s CEO shared a detailed account saying that the prohibition on political advertising, including candidate ads, and issue ads. This will go into effect on Nov. 22. There will be a few exceptions, he added, including that Twitter will still accept ads in support of voter registration.

Jack wrote, “A political message earns reach when people decide to follow an account or retweet. Paying for reach removes that decision, forcing highly optimized and targeted political messages on people. We believe this decision should not be compromised by money.

While internet advertising is incredibly powerful and very effective for commercial advertisers, that power brings significant risks to politics, where it can be used to influence votes to affect the lives of millions. 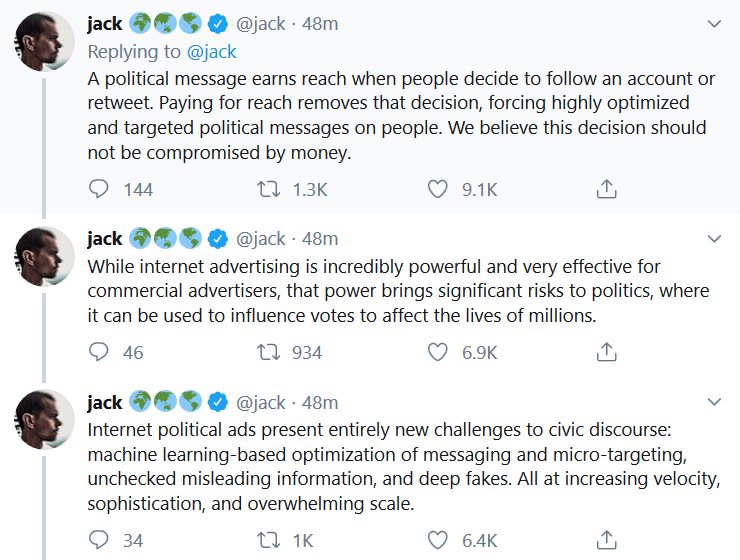 He continued saying, “These challenges will affect ALL internet communication, not just political ads. Best to focus our efforts on the root problems, without the additional burden and complexity taking money brings. Trying to fix both means fixing neither well, and harms our credibility.

For instance, it‘s not credible for us to say: “We’re working hard to stop people from gaming our systems to spread misleading info, but if someone pays us to target and force people to see their political ad…well…they can say whatever they want!

We considered stopping only candidate ads, but issue ads present a way to circumvent. Additionally, it isn’t fair for everyone but candidates to buy ads for issues they want to push. So we’re stopping these too.

We’re well aware we‘re a small part of a much larger political advertising ecosystem. Some might argue our actions today could favor incumbents. But we have witnessed many social movements reach a massive scale without any political advertising. I trust this will only grow”. 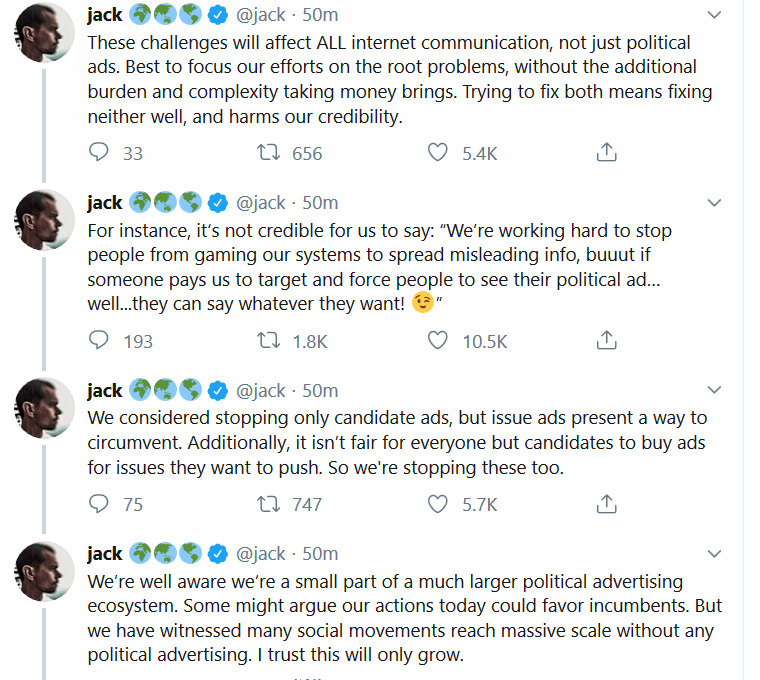 Adding further to it, he said, “We need more forward-looking political ad regulation (very difficult to do). Ad transparency requirements are progress, but not enough. The internet provides entirely new capabilities, and regulators need to think past the present day to ensure a level playing field.

We’ll share the final policy by 11/15, including a few exceptions (ads in support of voter registration will still be allowed, for instance). We’ll start enforcing our new policy on 11/22 to provide current advertisers a notice period before this change goes into effect”.

He concluded by adding a final note, saying, “This isn’t about free expression. This is about paying for reach. And paying to increase the reach of political speech has significant ramifications that today’s democratic infrastructure may not be prepared to handle. It’s worth stepping back in order to address”. 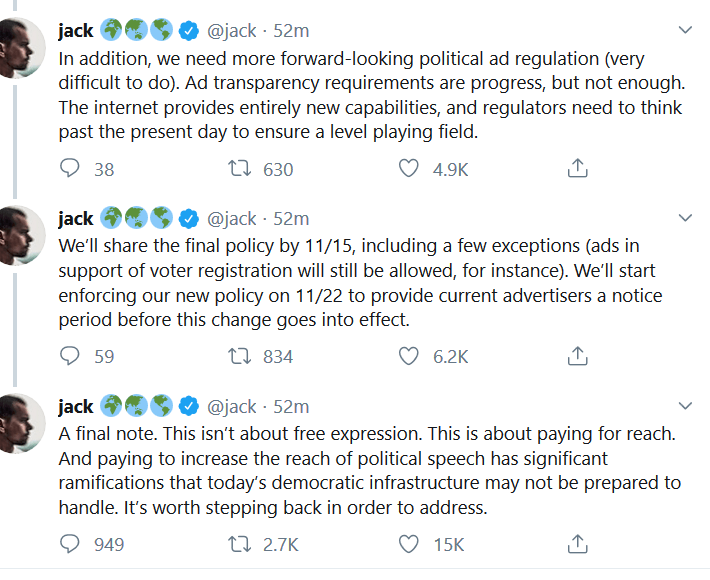 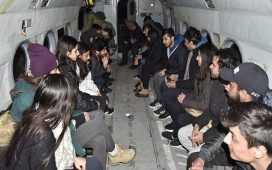 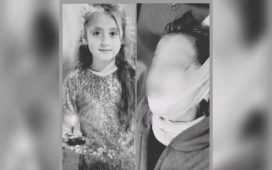 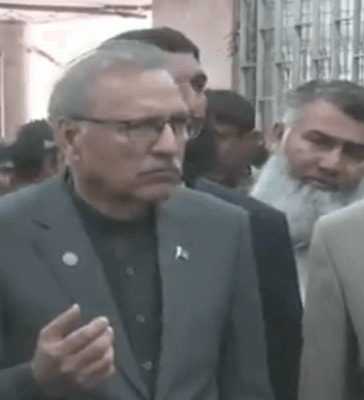