According to the international media, incident of shooting happened in Santa Clarita at Saugus High School, minutes before the classes were due to start.’ 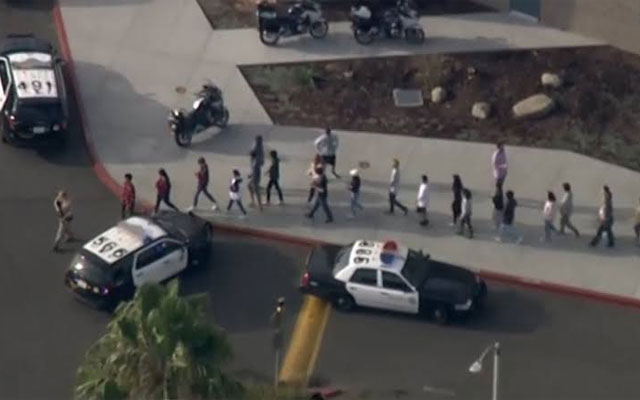 Two school students were killed in California due to 16-year-old boy opened fire at a secondary.
0Share
354Views

A 16-year-old boy opened fire at a secondary school in California leaving two students killed and three others injured in the attack.

According to the international media, the incident of shooting happened in Santa Clarita at Saugus High School, minutes before the classes were due to start.’

The alleged suspect, who is also injured by the self-inflicted attack, is critical and has been taken into custody by the local police.

CCTV footage recovered from the spot showed that the gunman in the courtyard of Saugus High School took out a gun from his backpack and shot five people before shooting himself in the head, authorities said.

Two victims of the shooting, a 16-year-old girl and a 14-year-old boy – died of their injuries, according to reports.

“Within seconds we received multiple [emergency] calls,” he said, adding that the first police units had arrived at the scene within two minutes.

Police transferred the injured to local hospitals – and the suspect was later identified as one of those injured, Mr. Villanueva said.

The suspect, who shot himself after the attack has a birthday today, Mr. Villanueva added.