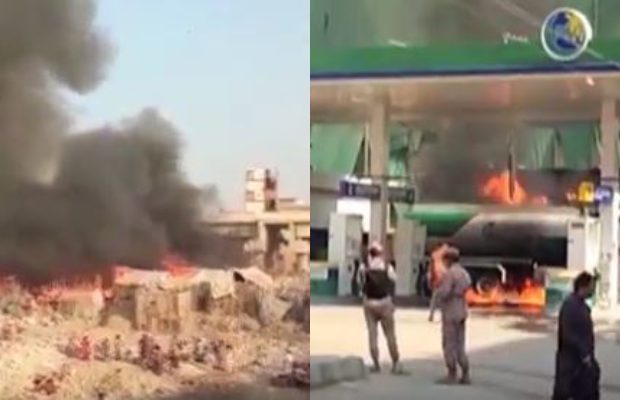 Two separate fire incidents have been reported in Karachi on Saturday.

On Saturday morning. a fire broke out in some shanties located near the Teen Hatti flyover in the Liaquatabad area of the metropolis.

Three fire tenders took part in the fighting operation and doused the blaze.

There were no reports of any casualties in the incident while the cause of the fire is yet to be ascertained. 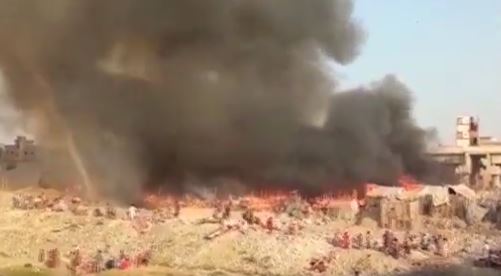 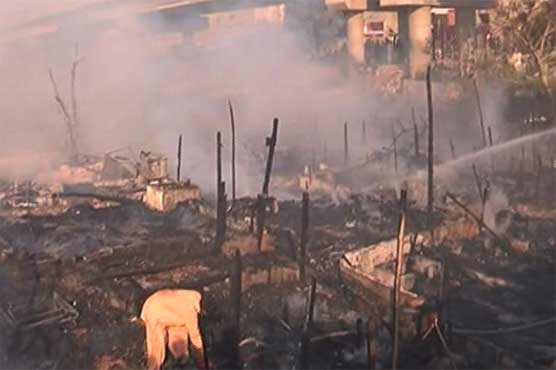 Later in the day, an oil tanker caught fire at a petrol pump near Saddar parking plaza.

According to firemen, the fire incident occurred at the fuel station near the Saddar parking plaza.

A fire tender arrived at the scene to put out the blaze.

At least five people sustained burn wounds in the incident including the driver of the oil tanker and four employees of the fuel station.

According to the petrol pump’s manager, the tanker contained 24,000 litres of petrol while the station’s tank 30,000 litres. 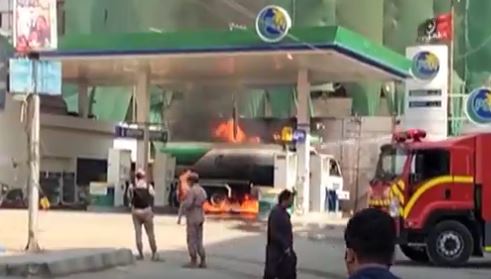