As reported, the necklace was gifted to Imran Khan during a visit to Saudi Arabia, however, it was never submitted to Tosha-khana (state gift repository). 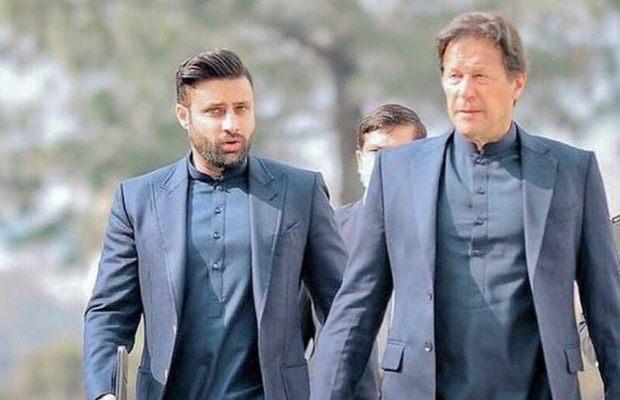 Former Special Assistant to the Prime Minister for Overseas Pakistanis & HRD took to social media to address the allegations of being involved in the alleged sale of a  necklace worth  PKR 18 crore gifted to former PM Imran Khan.

Blatantl lies! No necklace given or ever sold by me.
Low blow attempt to discredit PM by a B grade media house. Surely you can do better than that 24 News.

As reported, the necklace was gifted to Imran Khan during a visit to Saudi Arabia, however, it was never submitted to Tosha-khana (state gift repository).

The report claims that the necklace was given to former special assistant Zulfi Bukhari, who sold it to a jeweler in Lahore for Rs180 million (Rs18 crore).

While a small amount of money (few lac rupees) was submitted in the Tosha-khana record by the then government merely as an eye-wash, report claims.

Reportedly, Federal Investigation Agency (FIA) has started an investigation and has opened an inquiry against former prime minister Imran Khan over allegations that an expensive necklace received as a gift during his tenure was sold to a jeweller.

It is pertinent to mention that last year, the PTI-led government denied giving out information about the exchange of gifts between Imran Khan and other heads of state.

The Imran Khan-led government stated that some countries do not like disclosing their gifts so they are marked ‘classified’.