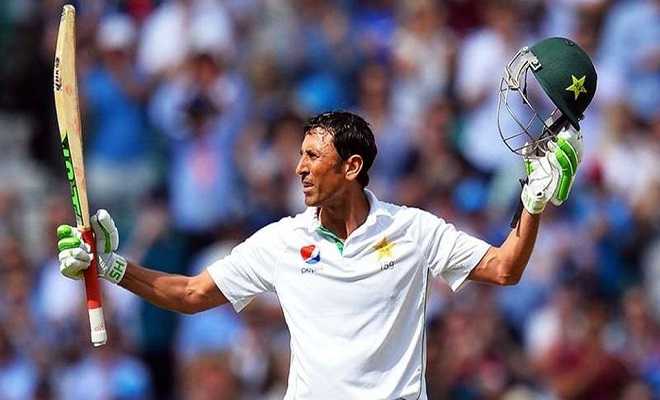 Do we control/use our mind?

Through conditioning, our mind knows what’s best for us and then we follow a set regime without even knowing?

To understand Younis Khan’s brilliance with the bat and fall outs with the PCB, media and even fans, we perhaps need to answer this question.

A personal example seems relevant here If my work hours begin at 10 am and end at 6 pm, till like 4 pm I would ramble around on social media, just fooling myself thinking I am doing “research”.

In the last couple of hours, something changes. The brain just works better, I am not longer distracted by a WhatsApp message and the task is at hand is completed in due time. The pressure of the ticking clock, adds motivation.

That ticking clock in case of Younis Khan is perhaps rejection and questions about his quality. He used criticism as burning fuel to motivate himself and be better. Enemies real, imaginary (or a bit of both), are to be brought down with hard work, determination and singlemindedness.

Perhaps his mind wasn’t 100% focused when the pressure was off. When the team management sided with him, he would get comfortable. Brought up under the patronage of Rashid Latif, he was quick to take on the establishment of Pakistan Cricket. Hence, a conflict was readily available, almost always.

There is a clear pattern throughout his career.

– A young Younis Khan attends a camp under former test cricketer Haroon Rashid. Doesn’t get the opportunity to bat. When he asks, Haroon Rashid tells him to make two rounds of the ground and then come back. Younis makes 5 rounds.

– Joins Malir Gymkhana but batting side is too strong to make space for a young kid. Comes on often as a substitute fielder and wins matches with runouts and ground fielding.

– Despite playing all his cricket in Karachi, he doesn’t make the Karachi U19 team. Rashid Latif facilitates his call up to the Peshawar side. Doesn’t perform initially. The coach complains to Rashid Latif, who in turns calls Younis and tells him this is his last chance. He scores a 100 in the next match.

– Saeed Anwar is the ODI captain. When Younis is picked in the squad, captain calls Rashid Latif to inquire more, who backs him. Yet a reluctant captain pushes Younis down to number 6. Wasim Akram and Moin Khan bat ahead of him. The team needs 125 runs in 16 overs in the year 2000. This isn’t Younis’ game. He is not a power hitter. Yet the 22-year-old strokes 46 off 41 balls. Only to be defeated trying a desperate 2nd run. Not caring about getting a 50 on debut, he wants to win the match for the team.

– A few low scores follow including a 12 in the 1st innings of his Test debut. Was that 46 a fluke? Is this guy good enough? Answer those questions empathically with a hundred in the second innings.

– Move forward four years. 2005 tour to India. He fails in the 1st test, Pakistan escape with a draw. Team manager tells him his career is “khalas“. Younis scores 147 and 267 in the next two test matches. Mocks the manager with a khalas celebration. Hitherto, he had averaged the mid-30s. With this tour, we saw the birth of Younis Khan the run machine.

– Backs Fawad Alam as an opener and gives him his debut. The experiment fails in the 1st innings. For good measure, Younis bags a duck too. The team is bowled out for 90. In the dressing room, he writes on a ball Fawad debut 100. Bats with him in the 2nd innings and Fawad gets 168.

– In 2014, makes a comeback to the ODI side after more than a year. Fails in one innings and has to go back to Pakistan as his nephew passes away. Is subsequently dropped. Does that goli mar lien press conference. PCB pick him again. Scores a 100 in the series against New Zealand. Despite an average ODI record, his best performances came when he was told he wasn’t good enough.

– Fails in the first three tests of the 2016 England series playing like a flamingo. Senior man is under tremendous pressure. With the team 2-1 down, scores a double hundred.

– Younis has always talked about scoring runs in Australia. He has hundreds in 10 countries. Australia remains unconquered. Gets one last chance in Sydney. Nails a splendid 175.

If all this doesn’t convince you, just take a look at his 4th innings record. 5 hundreds in the 4th innings. No other batsman in history has managed that.

How did he manage that? Perhaps because he was never playing the opposition. He was fighting someone else. He was up against the perception that batting in the 4th innings is difficult. He was fighting against the manager who told him his career is done. His battle is with the media who thinks he is not good enough (He used to keep cut-outs of newspapers columns where he was criticised). The opponent is Waqar Younus who wants to kick him out of the side.

Perhaps in some instances, Younis Khan might have been at fault. But this is what Younis Khan thrived on, conflict. When there was none his mind tried to perhaps semi-manufactured one. To push him further. An enemy to take down.

Sir Alex Ferguson used to create this the world against Manchester United environment in the dressing room. Younis did the same but individually.

That made him without a shadow of a doubt Pakistan’s greatest test batsman at least in terms of numbers.