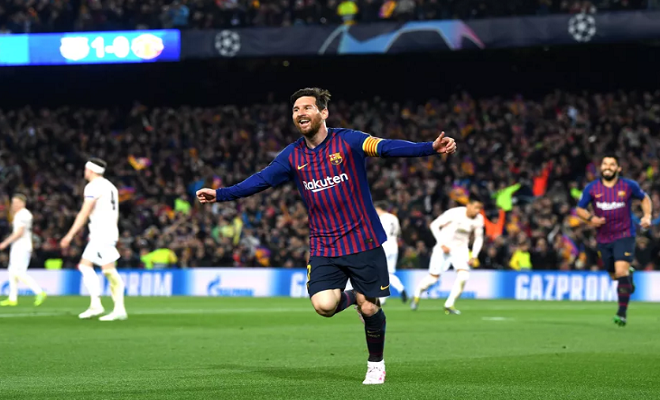 We are taught not to write about yourself in the blogs. But I am making an exception this time around. Here are some facts about me.

It took my father around 12 years to get out of Zia mode and we got cable TV in our house. Around 2000s is when I started watching football. You could coincide the aforementioned preferences with the timing of getting cable TV at my place. So as a Manchester United/Real Madrid/Brazil fan, you could imagine how hard it is for me to love Lionel Messi!

But this man refuses to go away. When United were at the top of their making, 3 Champions League finals in 5-6 years, Messi was there to snatch our happiness. During that time, we had Ronaldo (initially) to stake a claim of greatness. We could look at the league table and find some solace.

And now, we have nothing. 7-8 years later, Messi is still there (if not better). United have fallen and now struggling to get back to that level. The level they aspire to be is below Messi. That would do. Because that level is not for humans. It is just not for us mortals. Its misery for non-Barcelona fans.

But there is a side to me made which is non-partisan. Which just wants to enjoy football, the beautiful game. That side rejoices every time Messi takes the field. The pure genius of man head and shoulders above his contemporaries is inexplicable. There is no logic to it, but it keeps happening. In age where second of your footballing existence can be examined for hours and the best way to stop it can be devised, Messi laughs at those attempts.

You could look at yesterday’s 1st goal and just marvel at it for hours. Manchester United started well, and missed half chances. But within those few minutes, they had awaken the giant. It was a crushing blow to the Manchester United fan in me. When the game ended, the beauty of the 1st goal dawned upon me. It was as if there was no opposition to the Argentinian.

Sometimes, you just have to give away this pretense of believing that you are a fan of a club. My love for Manchester United shouldn’t get in the way of celebrating this footballing great. Sure it hurts, but it’s so damn beautiful!