The lanky left armer, perfectly set up Tom Lathem for his indipper 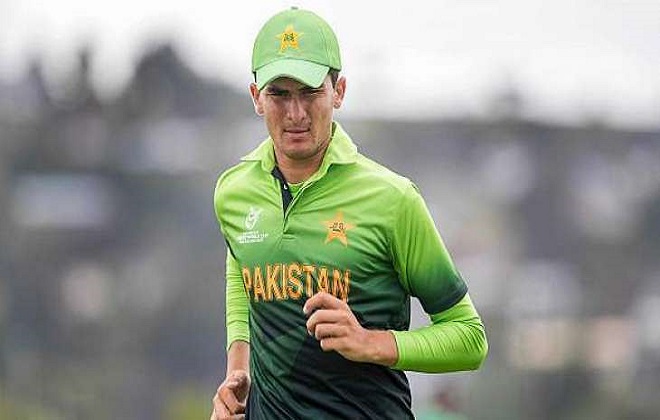 After the day’s play Shaheen Shah Afridi was asked about his young age, day’s play, & coaching. He churned out the generic PR filtered answers about focus, experience and support. Then someone pulled of that semi embarrassing question. How does he take attention of girls? In a typical Phatan boy style, he smiled sheepishly, looked a bit flustered and requested another question. That was the only time, he did look like an 18 year old debutant.

New Zealand got off to a bit of a flyer with Jeet Raval, driving the ball well early, & quite uncharacteristically, taking his chances. They were 24 in 4 overs, with Raval reaching 20 in 17 balls. His next 25 runs took 65 balls. Meanwhile, at the other end Tom Lathem was taking his time. Or, well being set up by Shaheen Afridi.

They talk about how that incoming delivery to left handers was a threat during the white ball part of the series. One would think, as a youngster making his debut he would be keen to try on his potent weapon early. But Shaheen kept held it back initially. Perhaps just looking to settle into a simpler line and length initially. Tom Lathem, could have been relaxed, assuming that the ball isn’t really swinging.

After bowling 6 good length outside off stump delivers (one shaped down the leg side), Shaheen played his card. The ball snaked past the opener’s defences. Sarfraz reviewed and it showed that umpire wasn’t correct. As per Criviz, this was Shaheen’s slowest ball to the opener, pitching close to the off stump and was a tad bit fuller. It was a well thought out plan.

Perhaps in the age of Twitter and Snapchat, Shaheen will not take long to learn to how to react to female attention. He could take a crash course from one of this team mates. Of course, as evident with his bowling there is a no question he has the brain for it.