Pakistan looking down the barrel of a gun after a poor day at the office. 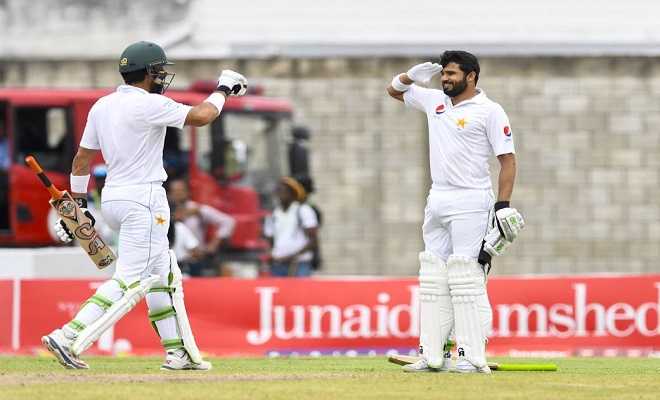 Zak Crawley was a bit of a gamble pick. They call it having an eye for a player. With a first-class average of 30, there wasn’t much else going for it anyway. Hitherto, his stop-start test career was decent without being outstanding. In the last test, he showed his intent by attacking Pakistan. Aided by a simple stumping miss by Mohammad Rizwan he did make an impression in the 2nd test. But one could still legitimately question his place in the side.

In the 3rd test, he started where he left off in the 2nd. Nailing boundaries, turning the strike over and disrupting Pakistan’s rhythm. Around a third of the morning session, Pakistan suddenly started to bowl more consistently. Zak had reached 45 runs of 50 balls by then. It took him 13 balls to reach 49.

Azhar brought in Shaheen Afridi, who found a nagging line outside off stump. For a man who had talked about forever dreaming about his 100, getting to 50 from 49 seemed quite difficult. For 16 balls, Shaheen teased him with that left armer’s angle, beating the edge a couple of times. The last ball before lunch, Shaheen moved away from the plan and bowled one a bit fuller. The batsmen took the bait had his 50 of 80 balls. The left armer’s relentless spell had created a lot of pressure. It also helped that Yasir was troubling Root on the other end.

It clearly showed that ZC nervous when getting close to a milestone. So naturally one would expect that when a bigger milestone gets close, Azhar Ali would try and put further pressure on the young batsman. Make ZC wait for his dream a little bit more. That would be the simple and right thing to do.

Instead with Crawley 10 short of the elusive 100, Azhar Ali went to Fawad Alam, with a field wide open. The man who hadn’t bowled in the test before. Naturally, the England number three, speed past the 90 to 101 in 15 balls. It was all hunky-dory, like a good old testimonial match.

The Crawley and Buttler partnership was outstanding. With the wicket not offering a whole lot and an inexperienced bowling attack, Pakistan needed to dig in. Not let England bat out of the game on day one. But with lapses like the one mentioned before and strangely, ODI like field setting England breezed to a score that would make them feel almost invincible.

If ZC was a Pakistan selection, many would be claiming to have identified Zak Crawley’s talent. It would be used as an example of how numbers sometimes don’t matter as perhaps somewhat proven by the 171 run innings. England backed him and was rewarded.

However, one would also like to Misbah, what made him make Azhar Ali the captain? His horrible prior captaincy numbers or the potential to be a great kaptan?