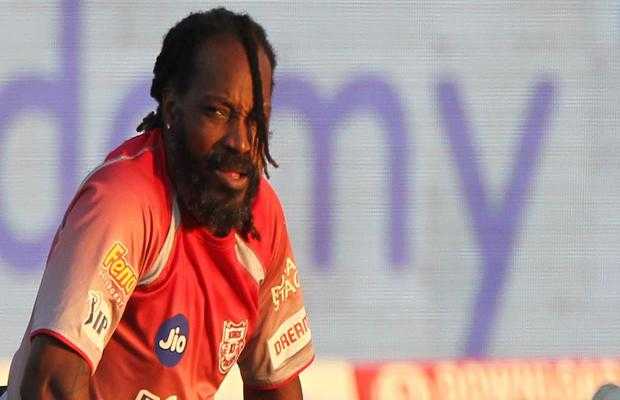 West Indies star batsman Chris Gayle has been fined for throwing his bat in frustration after missing out on a record-extending seventh IPL century by one run during his team’s match Kings XI Punjab and Rajasthan Royals at Abu Dhabi.

He was fined 10 percent of his match fee for a “code of conduct” violation, as per Indian Premier League statement.

“For Level 1 violations of the Code of Conduct, the match referee’s decision is final and binding,” he added.

He needed one run to complete his century, Gale was cleared up by Joffra Archer Yoker in the final over of KXIP, and in reaction to his dismissal, he tried to hit the ground with frustration.

However, Yanagi slipped out of his hand and landed a few meters across the pitch.

Gale pounded eight 6s and six 4s on his way to becoming the first player to score up to 1000 points in T20 cricket.

But, Gale’s fierce efforts were wasted as the Rajasthan Royals won seven wickets.

The 41-year-old has became the first batsman in Twenty20 history to hit 1,000 sixes during his 99 innings for King’s XI Punjab.

tweet
Share on FacebookShare on TwitterShare on PinterestShare on Reddit
Saman SiddiquiOctober 31, 2020
the authorSaman Siddiqui
Saman Siddiqui, A freelance journalist with a Master’s Degree in Mass Communication and MS in Peace and Conflict Studies. Associated with the media industry since 2006. Experience in various capacities including Program Host, Researcher, News Producer, Documentary Making, Voice Over, Content Writing Copy Editing, and Blogging, and currently associated with OyeYeah since 2018, working as an Editor.
All posts bySaman Siddiqui