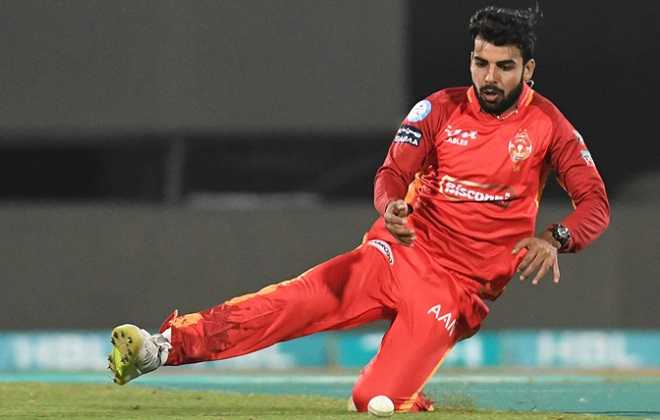 It was revealed casually by Shahid Afridi on his YouTube channel, during the Bangladesh Premier League, but now we have official confirmation. Shadab Khan has been appointed Islamabad United’s captain for Pakistan Super League Season 5. The announcement was made earlier today by franchise owner Ali Naqvi.

“We are proud to announce Shadab Khan as our captain of Islamabad United. He has been with us from an early stage as an emerging player and made tremendous strides. We tried him as a captain last year too in a few matches and we feel that there is great leadership potential in him,” said Ali Naqvi.

“He is very young, but PSL is about learning and grooming talented individuals and it shouldn’t be limited to just cricket but we need to develop players in leadership roles. He will learn here and then go on to perform these roles on Pakistan level,” he added.

Shadab who has become the youngest full-time PSL team captain thanked the team owner and management for this opportunity.

“It would be an honour to lead this team which is a two time PSL winner. We will try our best to win the trophy a third time. That is our aim but at the same time, we want to play good cricket and give chances to our emerging players so they can develop further as I did. We have one of the best teams. I was part of the draft process, so we will play hard and produce results, said the Pakistani all-rounder.

Shadab Khan was picked by United in the emerging category and subsequently has gone on to play all three formats for Pakistan. He also captained United in three matches last year, when regular captain Mohammad Sami was out with injury.

When asked about the development of fan clubs and attracting crowds to the stadiums, Islamabad United owner confirmed that plans are in place to create a festival atmosphere around the stadium to attract large crowds.

All of PSL 5 matches will be played in Pakistan, with the opening ceremony and first match taking place in Karachi.