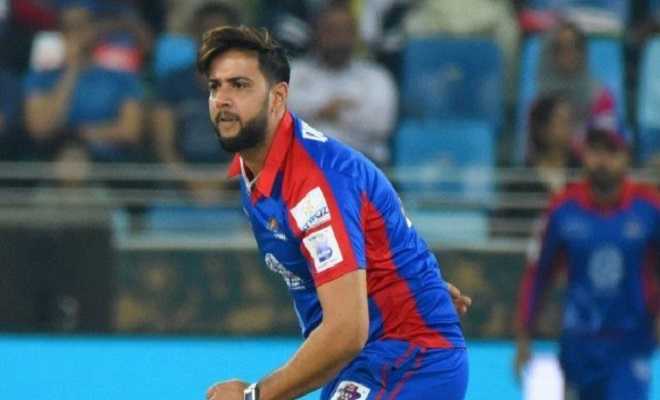 Karachi Kings playing on their home turf were off to a half-decent start. 32 runs in four overs, with the returning Sharjeel Khan back in the dugout. With Cameron Delport in early and on strike, Captain Darren Sammy wanted to bring in an off-spinner. His choice Shoaib Malik.

A lot could be said about Shoaib Malik’s international career. But at a level below, in international leagues, he is a valuable player. But he isn’t a power play off-spinner. While the over went only for 8 runs, it exposed the limitation of the Zalmi squad. Like last year, again they do not enjoy the services of a front line spinner, irrespective of the type. A spinner in the mould of Imran Tahir, Mohammad Nawaz, Shadab Khan, Moeen Ali, Shahid Afridi or Fawad Ahmed, who could be used at almost any time of the innings, and to right and left-handers.

That lacking came to fore once again, when Imad Wasim promoted himself up the order to keep the left and right-hand combination going. The amazing skills of Babar Azam to score at a strike rate 140 of still score with a supreme level of consistency, allowed Kings this comfort. Again, Zalmi had to bowl leg spinner Mohammad Mohsin, a PSL debutant and Liam Dawson, who is more comfortable with batting than bowling.

In response, Kamran Akmal and Tom Banton would have come out expecting Imad Wasim to bowl darts. Instead, they got Chris Jordan and Mohammad Amir. The wicket-keeper batsman stayed in till the 9th over. But Kings had the option to bring on Cameron Delport. He bowled with nous and was able to bag the prized wicket of senior Akmal. It proved to be a pivotal moment in the game, with Zalmi playing catch up thereafter.

This was the difference was between the two teams. Hasan Ali coming after an 8-month layoff was taken to the task. On the other hand, Dawson and Malik’s eight overs cost 44 runs at an RPO of 11. While Mohsin went for 35 at 8.75. In the end, Zalmi lost by 9 runs. The fifth and sixth bowling option of Zalmi made all the difference. When Pollard returns and pitches get a bit tired, things might get a bit easier for Captain Sammy.

As Imad Wasim admitted after the match, the 201 score was well above par. Both teams he felt overachieved with the bat and there were issues with their bowling. In a match where 392 runs were made in 40 overs, it was the smart tactical decision making by Dean Jones, Wasim Akram and Imad Wasim, that outsmarted the Zalmis. Their selection of 11 suited the conditions better, and they used the resources more efficiently. Perhaps, Darren Sammy missed the services of his coach Mohammad Akram who was away in Pindi on bereavement.