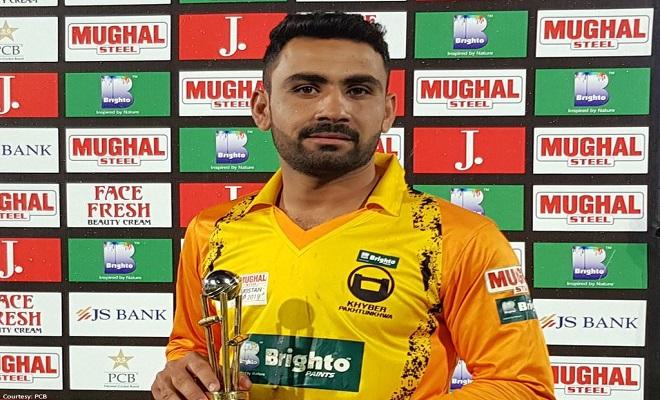 So far in the National T20, the day matches had seen lower scores and the night games big runs were made. However, roles were reversed on day 4 as Central Punjab chased down 222 as the sun blazed down, with Ahmed Shehzad smashing 111. For Northern, Asif Ali’s 93 and Mohammad Nawaz’s 50 had led Northern to 2nd highest total of the tournament so far. In the 2nd game, Wahab Riaz seemingly angry for being outed as one of the players with whom coach Misbah is unhappy was in sublime form.  Besides picking up three wickets and breaking Adil Amin’s bat in half, he played an innings reminiscent of Abdul Razzaq, scoring 42 of 17 balls to take Southern Punjab home.

The young performers of the day, however, were Khushdil Shah, Saif Badar, and Mohammad Mohsin. Coming in after a top-order collapse at 51-4, Shah played an excellent hand of 53 from 32 balls to take KP to a competitive score. He was particularly harsh on leg spinner Zahid Mahmood and pacer Umaid Asif. The latter must be now fretting about his place in the Peshawar Zalmi squad.

Mohammad Mohsin, who was impressive in the 1st match, once again showed his trickery picking up three wickets. Shan Masood a reverse swept four off him and tried it again soon. Only to find that Mohsin has pulled his length a bit to rap him on the pads in front of the wickets. Sami Aslam’s get out of jail slog sweep, brought his downfall. Sohaib Maqsood also struggled with Mohsin’s variations and should have been given LBW when he missed a googlie, when trying to cut the ball. Nevertheless, he was gone next ball, misreading the googlie again.

With 50 needed in a little over five overs, KP looked to be in the driver’s seat. Wahab Riaz, however, used the long handle to attack Mohsin. Employing his favourite slog-sweep against spin, Wahab was brutal. Zohaib Khan bowled the next over, as Captain Mohammad Rizwan tried to save the fast bowlers’ overs. However, Wahab finished the game in that over. Half an over of Usman Shanwari and Mohammad Illyas remained as the gamble of holding back pacers, went wrong for Rizwan.

However, on the other end holding fort was Saif Badar. The Multan Sultan batsman played a busy inning, targeting gaps. He played percentage cricket showing his temperament as Wahab Riaz attacked. Eventually, Badar finished one short of what would have been a deserved half-century.

The flatter wickets, fast outfields, and the dew are making life difficult for bowlers. Even so, things are unlikely to change anytime soon.