First Test will be played in Chittagong from Friday 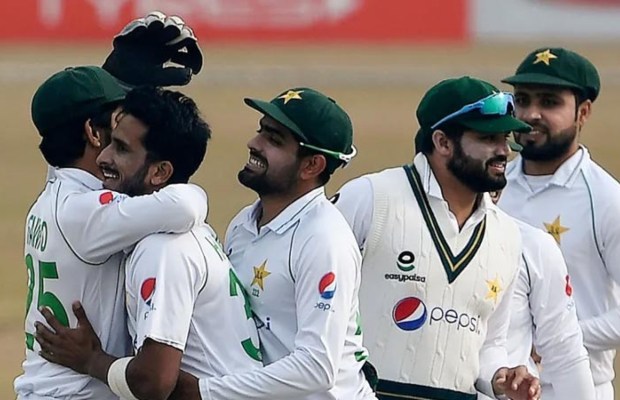 Pakistan on Thursday has named the 12-man squad that will be playing against Bangladesh in the first test match of the tour.

The two teams will be seen in action in the first Test that will be played from Friday at the Ch. Zahoor Ahmed Cricket Stadium in Chittagong.

Fast Pacer Hasan Ali, Abdullah Shafique and Nauman Ali are among the names to be included in the 12-man squad for the first Test.

“Pakistan today announced their 12-player squad for the first Test against Bangladesh, which will be played at the Ch. Zahoor Ahmed Cricket Stadium, Chittagong from Friday. The match will start at 1000 local time,” Pakistan Cricket Board (PCB) said in a statement.

On the other hand, Bangladesh all-rounder Shakib Al Hasan has been ruled out of the first Test.

While, Tamim Iqbal will also not be a part of the Bangladesh squad as he was ruled out of the Test series with a second fracture on his left thumb, sustained during an Everest Premier League match in October.

The second Test between Pakistan and Bangladesh will commence from December 4 at Sher-e-Bangla Cricket Stadium Mirpur, Dhaka.

The Green Team completed a clean sweep 3-0 in the preceding T20 series.