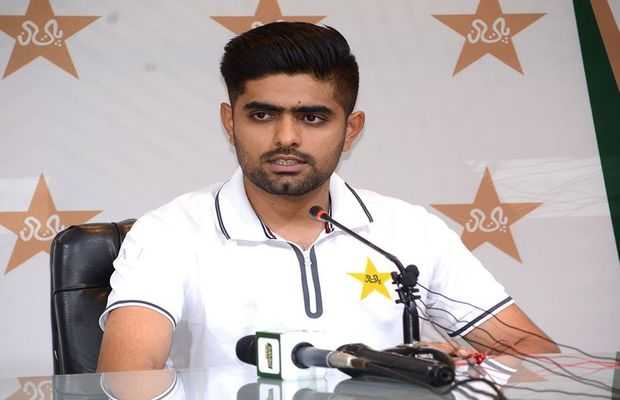 Before departing for his tour as captain, Babar Azam declared his intention to play positive cricket. It was an emotional press conference, in which Babar talked about his journey from being a ball boy to becoming Pakistan captain.

However, early in his tenure Babar has shown that he is happy to be different than his predecessor Sarfaraz and hinted at a mild disagreement with regards to team selection.

When asked about the absence of “senior players” Shoaib Malik and Mohammad Hafeez, he was quick to respond that the team he had suggested included ‘senior players’ but the final decision rested with the coach and selection committee (which happen to be the same).

This is in stark contrast to how Sarfaraz Ahmed dealt with such issues. He was often accused of not forcing his hand in selection matter. No case more severe than the inclusion of Ahmed Shehzad and Umer Akmal’s selection in the last series that ultimately cost the Champions Trophy Winner his captaincy. It will be interesting to see how Misbah ul Haq the man with absolute authority in Pakistan cricket responds to this assertion by the newly appointed captain.

Another couple of awkward moments came when he was asked about Sarfaraz’s sacking. With slight hesitation and a strutter he said, he hopes Sarfaraz makes a comeback by performing in domestic cricket. Similarly, when asked about Central Punjab’s performance in the National T20, he said the blame of the defeat doesn’t rest with him but rather on the weak bowling attack.

The 25-year-old stressed that Pakistan’s only chance against Australia is to play aggressive and positive cricket and he is confident of winning.

“People judged in three matches [against Sri Lanka] that my performance suffered because I was the vice-captain,” Babar said. “That’s not how it works. In the game of cricket, you have ups and downs, and that was a poor series for us, no question. I give 120% for the team in every single match, and I don’t see why there would be an added pressure on me just because I’m captain. I’ll continue to play as I always have, and I’m sure the performances will come. Moreover, I’m not just thinking I’ll be happy to play regardless of the results. I’m looking to get a performance out of my team, as well as my individual performances. I look at current captains like Kane Williamson and Virat Kohli, and how well they manage their own form along with bringing results to the team. I’ll try to emulate them.”

Babar also asserted that the opening pair would remain the same and Imam ul Haq is the 3rd choice, backing his partner Fakhar Zaman to come good.

“There are players in our team who have continued to perform. I don’t think they should be kicked out of the side just because they haven’t been able to hit those heights for four or five games. We should back them. If you look at Fakhar Zaman’s innings in the T20 Cup against my side [he scored an unbeaten 82 off 54 to help KP beat Central Punjab by 7 wickets], you can see he’s beginning to return to form. You could see the improvement in Shadab [Khan]’s bowling, too. These guys know better than anyone they haven’t been able to deliver at the level that’s expected of them, but you can see they are returning to form. Fakhar and I will open, and Imam-ul-Haq will be the back-up opener, and I’m sure he’ll be ready to take over when necessary.”

He also spoke about how proud he was of leading Pakistan, having gone through this long journey filled with tears and odd moments of joy.

“There have been many difficult times that reduced me to tears. My late coach – may god bless him – always used to say cricket is a game that makes you cry much more often than it lets you smile. A lot has happened in these 12 years, and I have learned many things along the way. But I’ve never given up, never lost hope or the belief my hard work would pay off.”

Pakistan takes on Australia in three T20s on 3rd, 5th and 8th November.