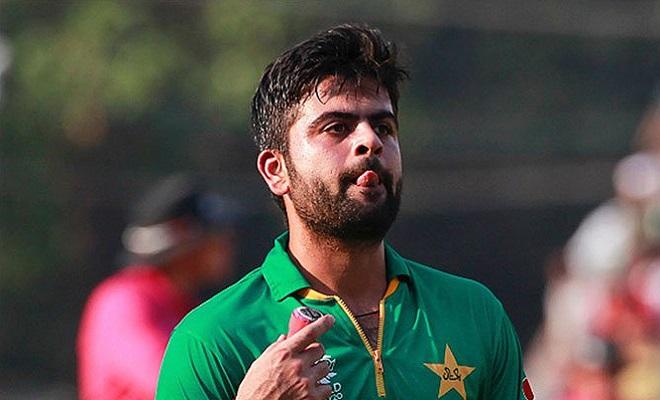 Pakistan weren’t at the top of their game in the ODI series. Shadab Khan had a couple of poor games. Sarfaraz’s batting number remains an issue, after two scratchy innings. When put under pressure, the pacers barring Mohammad Amir went for runs. Yet, a weakened Sri Lankan side couldn’t push Pakistan too much. At all times, both games were under Pakistan’s control.

Now, we go to Pakistan’s and captain Sarfaraz’s favourite format, the T20s. The depths of 2016 are long forgotten, but the side somehow is still under-rated. Their dominance has been somewhat undersold. That reflects from the fact that new chief selector and coach Misbah ul Haq has decided to bring back two of the ‘bad boys’ of Pakistan cricket.

There is some logic behind Umer Akmal’s recall. Pakistan does need a middle/lower-order hitter. Asif Ali fills one slot but his game is high risk and apart from him there is no one else who can clear the ropes against pacers with any consistency. Imad Wasim’s improvement with the bat helps but more is needed. Umer Akmal potentially is that power hitter. However, given the history of the man, one wouldn’t bet on it.

What is perhaps more problematic and reflective of current management’s mindset is the recall of Ahmed Shehzad. The opening pair of Babar Azam and Fakhar seem to have developed an understanding. Especially Babar has blossomed as a T20 opener. He takes advantage of the field restrictions better than any Pakistani batsman. The recent T20 Vitality Blast was just more evidence of how much he has grown. In 11 innings together Fakhar and Babar’s have scored 337 runs at an average of 30 and RPO at 8.56. Why change it?

Ahmed Shehzad and Fakhar Zaman opening partnership average is higher than that of Babar and Fakhar. But the devil is in the detail. Those runs have come against Scotland, Sri Lanka and a World 11, whose bowling line up included retired bowlers Samuel Badree and Morne Morkel or all-rounders in Ben Cutting, Paul Collingwood, Thisara Perera and Darren Sammy. The only real threat on those wickets in Lahore was Imran Tahir. The one major series this partnership made a difference in was against away in New Zealand. On the other hand, Fakhar and Babar have scored runs away in South Africa, on slow wickets in UAE against Australia and New Zealand, away in England and against a weakened West Indies in Pakistan. Why fix it if it ain’t broke?

So, has Shehzad been brought back to bat at 3?

But what does that mean for someone like Hussain Talat? He was part of the 11 in the Tri-series against Australia and Zimbabwe, and the bilateral series against South Africa, West Indies and Scotland. Batting at three against South Africa, he had scored of 44 and 55. Ideally, he could have accelerated a bit in those innings but as a 22-year-old, making his way into the side, away in South Africa, those are pretty decent numbers. Overall, his average and strike rate are higher than Ahmed Shehzad. Moreover, he offers a bowling option too.

Or they could look at Haris Sohail, who showed against England in that solitary T20I, that he can play at a decent strike rate. On slow wickets, he could provide a bowling option. However, his mobility in the field is an issue due to dodgy knees. Abid Ali, whenever, wherever he gets a chance, he impresses. Imam ul Haq was given a token game, Umer Amin has been tried, and even Umer Akmal has batted at 3 in T20Is in the past. Sahibzada Farhan has been discarded after three games only. Among those three innings were a composed 39 against Australia. There are plenty of options and most of them can better Ahmed Shehzad’s 115 strike rate.

The team has been doing well because the openers are consistent and the bowling has been top class. There was a time when Ahmed Shehzad and Umer Akmal were your best domestic performers. Be it the Pakistan Super League or 50 over competitions, these two were near the top in batting lists. That is no longer the case at in terms of top-order batsmen.

By bringing back  is trying to find a solution for a problem. It may or may not work. But with Ahmed Shehzad’s inclusion, he is potentially creating a problem, which was solved by his predecessor. It makes little sense.