Azhar Ali’s failure as opener also cause for alarm 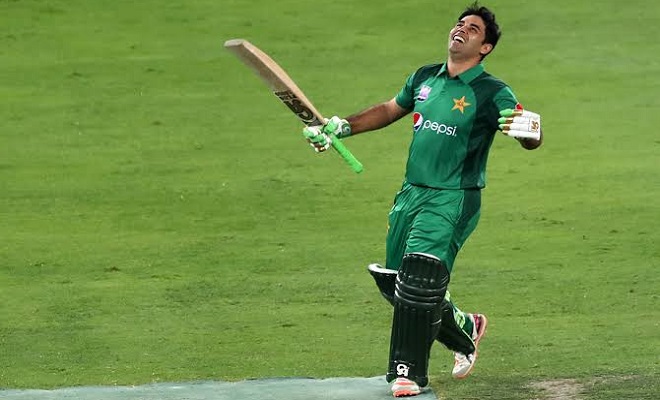 Among the more perplexing decisions of this Misbah era was the push to include Haris Sohail in the T20 side. The decision to axe Mickey Arthur meant that one of his T20 projects, Hussain Talat was dropped to accommodate Umer Akmal and later Haris Sohail. A quite slow T20 fifty against Sri Lanka and three failures later, Haris looks like a player supremely short on confidence.

In the tour match against Australia A, pushed up to bat at three, Haris looked entirely out of sync. Edging a wide one in the 1st innings and squaring up to a short of a length delivery in the 2nd, it was the mode of dismissals rather than the lack of runs that would worry the team management. Add to the fact that he later dropped fairly straight forward chances at slip, would only compound matters further. A touch player, Haris isn’t known for digging in tough conditions.

Especially with Nathan Lyon’s record in Australian conditions, three left-handers in the top three would cause some headaches. Pakistan have played Lyon well over the years. Overall his average against the green shirts is over 50 and even in the 2016 Australia tour, he picked up his 11 wickets at 45.

However, Lyon is a much-improved bowler than where he was in 2016. In the one test match against Australia, Imam ul Haq was dismissed by Lyon albeit after a 200 run partnership. Shan Masood had a few problems against the part-time off-spin of Travis Head, as the keeper and the slip missed one chance each in the tour match. Add to it Haris’s struggles, and we have a problem at our hands. Even if they are able to negotiate the fast men, Nathan Lyon would be all over them. It might be better in the long run for Haris to give him a break.

One solution the team management tried in the tour game, was pushing Azhar Ali up the order. Much like his career pattern, he is struggling at the start of a SENA tour. An old problem resurfacing with his head falling over, and the bowlers taking advantage by targeting the pad in both innings. What is the solution?

So, the answer might be in Abid Ali. Someone who has had to wait for ages to get his chance. His back foot game could suit these conditions. With Shan and Abid showing decent technique against the short stuff, it might curb the Australian aggression towards others too. The right-handed Abid at least, in theory, should find Lyon’s off-spin easier than Imam or Haris. The second practise match becomes all that more important especially for Abid. With Abid and Shan opening, Azhar can move down to his usual spot of three, making things that bit easier.

England struggled against Lyon initially in the Ashes in the first two tests but started playing him of the back foot predominantly later. That led to a clear disparity in results. There are ways to negate one of Australia’s top weapon but we need players who aren’t fighting a scrambled mind. Pakistan have lost test matches against Australia by giving a six-wicket haul to Marcus North and one of the two career fifers to Nathan Hauritz in the past.

Let’s not make things more difficult than they already are.