The ‘Hera Pheri’ actor was fast enough to clarify about the incident that he told happened by mistake as he did not like and support the violent acts. 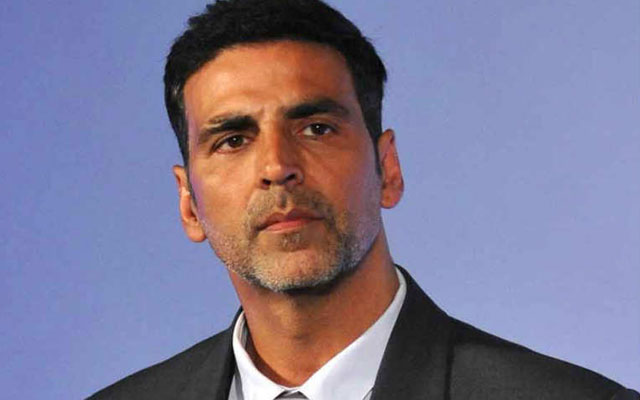 Bollywood star and the famed daredevil, Akshay Kumar is currently facing the public anger on social media after he liked a video that allegedly mocked the Jamia Milia University attack on the protest.

The actor received severe backlash from fans and citizens who shared a screenshot of the actor’s ‘like’ post.

The ‘Hera Pheri’ actor was fast enough to clarify about the incident that he told happened by mistake as he did not like and support the violent acts.

In a tweet, Akshay explained, “Regarding the ‘like’ on the tweet of Jamia Milia students, it was by mistake. I was scrolling and accidentally it must have been pressed and when I realised I immediately unliked it as In no way do I support such acts.”

Regarding the ‘like’ on the tweet of Jamia Milia students, it was by mistake. I was scrolling and accidentally it must have been pressed and when I realised I immediately unliked it as In no way do I support such acts.

As the post surfaced on social media within a few hours, Bollywood director Anurag Kashyap responded to the tweet and it immediately caught Twitterati’s attention.

In the post tweeted by Kashyap, he was seen agreeing to a backlash by a Twitter user, who trolled Akshay and called him ‘spineless’.

The user wrote: “I have immense respect for Akshay Kumar. It must be extremely difficult to be trained in Martial Arts with a spine missing.”

To this, the director replied: “Absolutely”.

By Monday afternoon, the hashtags #BoycottCanadianKumar and #ISupportAkshay started trending on Twitter, almost around the same time.

Netizens seemed disturbed with the actor’s behaviour and expressed their fury.

Shame on YOU Akshay Kumar!!

Amidst the unrest that engulfed India after the anti-Muslim citizenship law or the India citizenship law at least six people in the northeast of India have been killed after protest erupted in a number of cities in various cities.

Tens of thousands of citizens took to the streets of a number of Indian cities as protests entered its sixth day.

The protest turned violent on Sunday evening just hours after demonstrators injured in the clashes with local police in Delhi at Jamia Millia Islamia University.

Demonstrations in the major cities

According to Indian media, major demonstrations are taking place in the capital Delhi, Mumbai, Hyderabad, Aligarh, Kolkata, Patna and Raipur.

In the capital police fired tear gas and charged with batons as several thousand demonstrators marched, and rallied outside the Jamia Millia Islamia university and police headquarters. 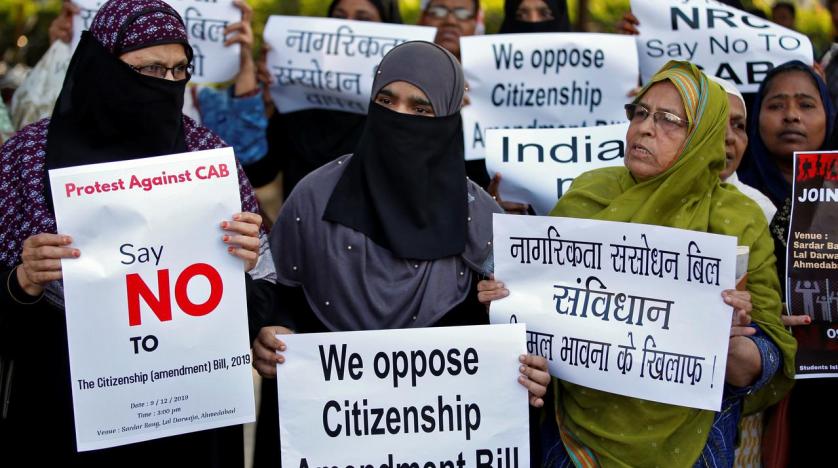 Amidst the unrest, four buses and two police vehicles were reportedly gutted. Later, the police stormed the university campus and injured as many as 100 students and a dozen officers, reports Indian media.

Around 50 people were detained on Sunday night  and released on Monday, police said.

Students insisted in a statement that they isolated themselves from any violence.

“We have time and again maintained that our protests are peaceful and non-violent. We stand by this approach and condemn any party involved in the violence,” they declared.

In northern Uttar Pradesh (UP), authorities have shut internet access in western parts of the state following the demonstrations on Aligarh.

Several lawyers have asked the Supreme Court of India to intervene, pointing out that officers had allegedly beaten students in bathrooms, but the chief justice said that the court would not take any action until the protests is stopped.

The UN human rights office said last week it was concerned the law “would appear to undermine the commitment to equality before the law enshrined in India’s constitution”.

Modi on Sunday accused the main opposition Congress party and its allies for the unrest, while Home Minister Amit Shah called for calm.

“Culture, language, social identity and political rights of our brothers and sisters from the northeast will remain intact,” Shah said in a speech.

The new citizenship law is being challenged in the Supreme Court of India by rights groups and a Muslim political party, arguing that it is against the constitution and India’s secular traditions.