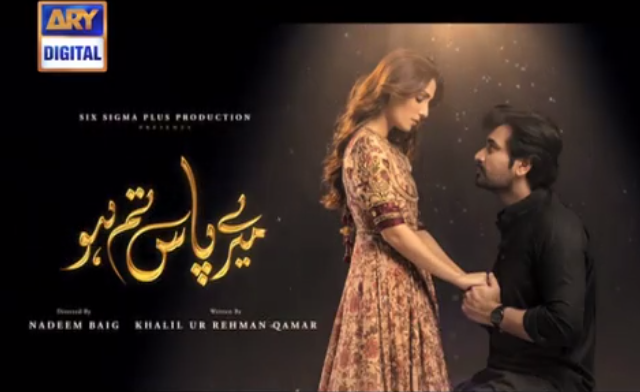 After wowing us with their hit film, Punjab Nahi Jaungi, the dream team, Humayun Saeed, Nadeem Baig and Khalil ur Rehman Qamar are back again, albeit on television this time. Humayun Saeed will now be seen as a common, struggling man alongside the gorgeous beauty Ayeza Khan, in the upcoming ARY Digital drama Mere Pass Tum Ho. The teaser just dropped and we’ve fallen in love with the adorable chemistry the duo share on screen.

We see Humayun Saeed struggling to make ends meet in the teaser, however, he never feels low because he has the love of his wife alongside. Ayeza looks absolutely beautiful and Humayun Saeed very different and rather cute in a simple role, minus all the glam we’ve seen him in his films.

Mere Pass Tum Ho has been directed by Nadeem Baig and written by Khalil ur Rehman Qamar. Alongside Humayun Saeed and Ayeza Khan the drama will also star Adnan Siddiqui in a pivotal role. Mere Pass Tum Ho goes on air after Eid ul Azha on ARY Digital.