Momina finally gets selected for an audition 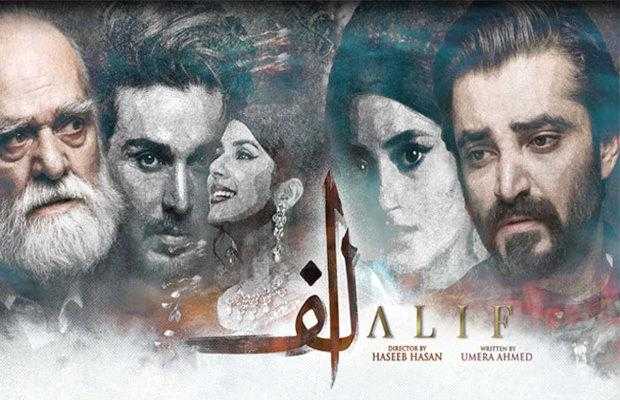 Alif a thought-provoking newly started drama serial aired its third episode. The play is based on veteran writer Umera Ahmed’s novel Alif. The play revolves around the relationship of humans with the Almighty Allah. Hamza Abbasi playing Qalab e Momin, the main lead of the serial who is an astray from the right path and is indulged into the world of glitz and glamour. Momina, on the contrary, is a girl who wants her connection with her Almighty strong but her worldly problems and trials are not letting her stay in peace.

Momina, on the other hand, is trying hard to get any chance so that he can save her dying brother. She even kills her ego and self-respect and once again goes to Qalab e Momin’s studio to beg him for work and to excuse him for her past conduct but Momin is not ready to listen to any of her excuses in fact he insults her and asks her to get out of his studio and to never show her face again.

Momina’s father was very close associate of Husan Jahan, mother of Qalab e Momin. He was her makeup artist and it seems that he had a very close connection with her. Momina does not know that Qalab e Momin is son of the same Husan Jahan. Momina is extremely worried as she wants work, money and fame as soon as possible so that she can start her brother’s treatment. She gets a call from a studio that she has been selected for the auditions of a film and she has to leave for Lahore.

Qalab e Momin introduces Neha to his Dada but it seems that he does not like her much, she is a superficial girl who is herself too indulged into the world of glamour, she tells dada that Momin very beautifully objectify women in his films and it is an art like Calligraphy and hearing this makes Dada sad, but he does not utter a word. Later Momin tells Dada that he wants to marry her. Dada tries to make Momin reflect on his life by asking that is he happy? On which Momin says that why would he not be? He has everything any man of his age can dream of but deep inside this question has disturbed him. He afterward looks into the mirror reflecting on his life thinking about that question.

tweet
Share on FacebookShare on TwitterShare on PinterestShare on Reddit
Rameeza NasimOctober 23, 2019
the authorRameeza Nasim
Rameeza Nasim, a Paralian, passionate about poetry, drama and fiction. By giving drama critiques I feel like I am endorsing the writer's message to the audiences, I love my job. Being a critic responsibility lies on my shoulders to point out the flaws and shortcomings of the play be it on writer's , performers or director's end . I did my Masters in English Literature and Linguistics .
All posts byRameeza Nasim