Sana's father wants to marry off Sana to Nabeel 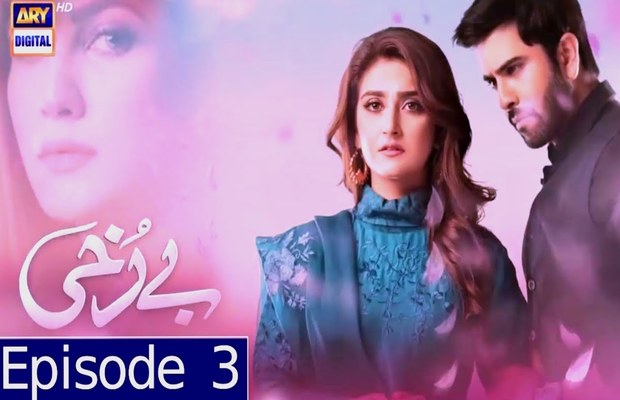 Berukhi the drama serial airing at ARY Digital is three-episode down. The story has moved quite a bit. In the previous episode, we have seen that Baraay Abba commits suicide, suicide is so casually addressed in dramas these days why it has been so normalized that even elderly persons are shown taking their life? In this episode, it is shown that Sabeen agrees to Kamaran’s proposal.

Maira’s mother is trying to bribe her best friend with Europe Tour Trip if she finds a suitable match for Maira. Her demand is that boy must be from a high class. Her best friend reminds her that in presence of Sabeen and her family it is nearly impossible to find a decent match with having relatives from such low connections. Sabeen’s mother hears all this conversation

Maira’s mother is such a cruel and cunning woman that she tells Sabeen’s to go out to the lawn for fresh air and then she locks up the main door. Poor Sabeen’s mother remains outside there she gets a stroke. Sabeen’s mother is hospitalized and Kamaran and her sister are trying to cash this chance, they tried their best to take good care of Sabeen’s mother and family in such hard times.

Sabeen is shown too naive that she starts developing a soft corner for Kamaran. Kamaran is such a cunning man that he is trying every tactic to win Sabeen’s attention and heart. He even slaps hard on Maria’s face just to impress Sabeen. However later he shares with his niece that Sabeen is nothing but a matter of his ego for him and he just wants to marry her. Maria asks him to promise her that he will divorce her too, to our surprise Kamran promises that. Sabeen agrees to marry Kamran when her mother asks for her consent.

Well Maira’s father behaves very sensibly in this case, he tells his bhabi that he is not much happy with this proposal of Kamran he has some reservations and he believes that his late brother must be not happy with this proposal but Maira’s mother creates such a scene that they all agreed, she lies that Baray Bhai sahab agreed on this proposal well not for a second Sabeen’s mother thinks that her husband has gone to return those bangle and to refuse the proposal what absurdity is this? Maira’s father shares his wish to marry off Sana with Nabeel. Sana is super happy to know that but Nabeel worries that he cannot give Sana the lifestyle she is used to for that he needs time but he is not saying no to this proposal.

tweet
Share on FacebookShare on TwitterShare on PinterestShare on Reddit
Rameeza NasimSeptember 30, 2021
the authorRameeza Nasim
Rameeza Nasim, a Paralian, passionate about poetry, drama and fiction. By giving drama critiques I feel like I am endorsing the writer's message to the audiences, I love my job. Being a critic responsibility lies on my shoulders to point out the flaws and shortcomings of the play be it on writer's , performers or director's end . I did my Masters in English Literature and Linguistics .
All posts byRameeza Nasim