Shireen is resolute that she will ruin Kinza 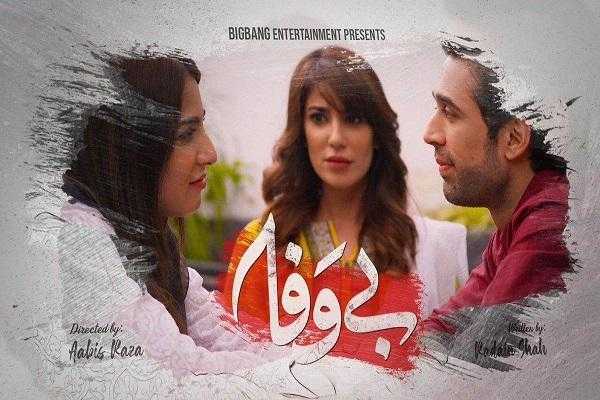 Bewafa the tale of betrayal, is about a suspicious and over-possessive wife Kinza whose all suspicions towards her husband turn true as he secretly marries his colleague Shireen. It is a tale that shows how Aahaan a family man and a loving husband turns out to be a cheat and eventually gets honey-trapped by an ambitious girl Shireen. Radain Shah has very artfully written the gripping plot and Aabis Raza has brilliantly executed it.

The episode begins when Shireen is furious about the fact that Aahaan has left her waiting like that for his son and wife. She is resolute that she is going to ruin Kinza and will revenge for the slap she has given her that day. She is so cruel, mean and selfish that she has no feelings that she is ruining a happy house. All she wants is to live the life of her dreams. All she dreams is to live in that big house as she is confident that Kinza will leave the house as soon as she will get the news of their marriage.

Kinza’s bhabi has been portrayed as one of the mean and selfish person. She is not less than Shireen in her cruelty, the way she offers Kinza to live in servant quarter in her own house is so rude and then the way she breaks the news of Aahaan’s second marriage to her is way too rude and mean. It seems that she has no heart or sensibility. The only person kinza has on her side is her mother in law. Kinza is extremely shocked to know about Aahaan’s nikkah.

Kinza confirms this news to Aahaan who tries to give her his justification for the nikkah but Kinza is not ready to listen to anything she is being extremely mad on this. Aahaan’s mother also snubs Aahaan for marrying Shireen and she is too not ready to believe any of his justification, she says that you have been fooled by that girl. She further convinces Kinza not to leave her house as if she will do that she will make space for that girl in this house. She says that now she has to fight for her rights and she is with her.

Kinza’s brother comes to take Kinza, he is very angry with Aahaan. He tells Kinza to pack the stuff and come along with him to her own house but Kinza refuses to go with him and he chooses to stay at his house and fight for herself. Kinza calls Aahan in his own room and then tells him to bring Shireen to this house. Aahaan is shocked to learn this!

tweet
Share on FacebookShare on TwitterShare on PinterestShare on Reddit
Rameeza NasimOctober 30, 2019
the authorRameeza Nasim
Rameeza Nasim, a Paralian, passionate about poetry, drama and fiction. By giving drama critiques I feel like I am endorsing the writer's message to the audiences, I love my job. Being a critic responsibility lies on my shoulders to point out the flaws and shortcomings of the play be it on writer's , performers or director's end . I did my Masters in English Literature and Linguistics .
All posts byRameeza Nasim