Sunheri's character is sometimes quite annoying! 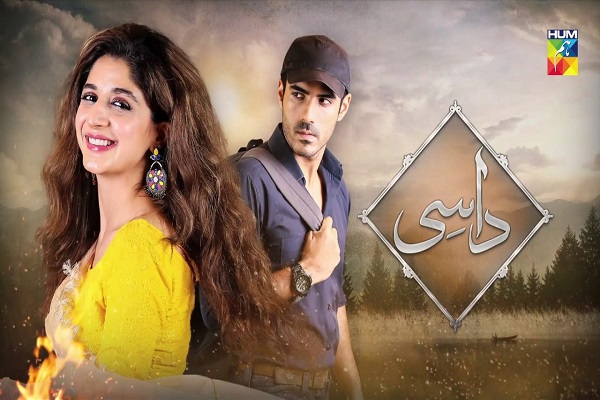 HUM TV’s new serial Daasi has become one of the must-watch drama after its second episode got aired, because of its gripping storyline. Ishq Tamasha famed Misbah Nousheen has penned another engaging drama. Mawra Hocane has made her return to the TV screen with this series while sharing the screen with Adeel Hussain for the first time. Adeel Hussain has also come up with an excellent performance in the play.

Sunheri who is not in favor of Keeping Aael in the house is resolute that she is going to make his living in the house a hell! Well, to be honest, I find Sunheri’s portrayal very annoying and at times disgusting too. For showing her suspicions she has gone way too much and has crossed the limits of morality. It’s immoral and unethical to check or use someone’s private things without their permission and if she did it for a purpose then it must have been portrayed in a proper and neat way!

Aael’s mother is not loyal too, the irony is that she has blamed her husband all her life for betraying her but in real she has been also involved somewhere else. It is revealed that she is having an affair with someone.  She is worried about Aael but she thinks being sure that Aael will soon come back as he cannot live without the luxuries, he is habitual of. Aael’s father lawyer visits her, revealing that he is there to share her Late husband’s will but it cannot be done without Aael, his presence is a must!

Sunheri while checking Aael’s stuff comes across his perfume and she loves it. She thinks that it is an expensive one so she writes the name of the perfume on a paper and shows it to a nearby shopkeeper who tells her that it is really very expensive and he cannot afford to keep it in his shop. Shunheri is shocked to learn the actual price of the perfume and she has now become more suspicious about AaeL. She keeps bugging him all the time, poor Aael has only asked for a cup of tea and she deliberately puts salt in it instead of sugar and makes Aael drink the whole cup.

The character of Mujtaba is a bit suspicious, the guy shows great interest in Sunheri and it seems that he might also create trouble for Aael in the future. Aael’s character portrayal is really of a cool guy, he never retaliates on Sunheri’s misbehavior. However; he thinks that Sunheri is a really spoiled and arrogant girl. Has he started to like her secretly?

tweet
Share on FacebookShare on TwitterShare on PinterestShare on Reddit
Rameeza NasimSeptember 24, 2019
the authorRameeza Nasim
Rameeza Nasim, a Paralian, passionate about poetry, drama and fiction. By giving drama critiques I feel like I am endorsing the writer's message to the audiences, I love my job. Being a critic responsibility lies on my shoulders to point out the flaws and shortcomings of the play be it on writer's , performers or director's end . I did my Masters in English Literature and Linguistics .
All posts byRameeza Nasim