Despite hating where he and she live, Khayyam loves Gaiti 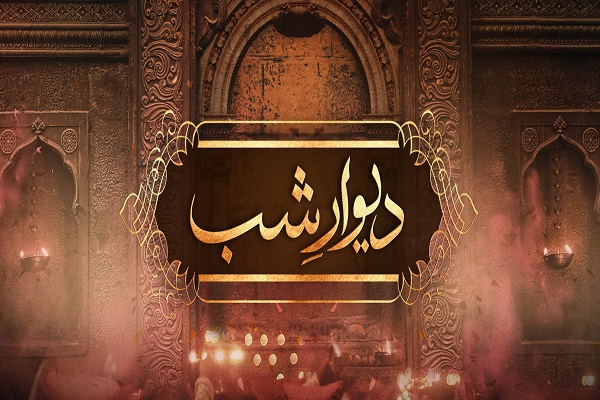 Slowly but gradually Deewar e Shab is becoming a good watch for the audiences. The artsy story is interesting to watch, having been beautifully dramatized by Aliya Bukhari and brilliant directed by Iqbal Hussain. We’re liking Shahroz Sabzwari in a different avatar in this play and Sarah Khan of course looks beautiful.

So what went on in this week’s episode of Deewar E Shab?

The episode begins when Khayyam returns from his trip with his friends to the Northern areas. Because he literally hates the courtesan’s lifestyle he detests his own aunt for working in films. His arrogant nature gets the better of him as he forgets that has been raised by the same money that she earns from films and being a courtesan. Despite his arrogance Sitara takes great care of him and Khayyam loves Gaiti Ara.

Islam and his wife along with his mother visits his elder brother’s house to fix their children wedding but Islam’s brother clearly refuses it by saying that Salman does not want to marry Rabia. Well Salman is shown a ditto copy of his father and mother in greed. He is already having an affair with a girl from a filthy rich family and that is the same man who was Khayyam’s father. It was the same guy to whom Feroza eloped with and who fails to give her, her due rights.

All this breaks Joya’s heart as she loves Moaz and seeing that there is absolutely no chance for her and Moaz to be together in future, she’s heartbroken. That greedy family is more than happy on Salman getting married to a rich and influential family, only Joya is sad over Salman refusing Rabia.

Dilnaaz’s daughter Almaas also loves Khayyam but Khayyam hates her. In fact he actually hates all courtesans and their profession. Whenever Almaas boldly expresses her feelings to him he gets extremely angry and yells at everyone. Khayyam tries to keep Gaitee Ara away from this culture and shares with her all the time his disgust telling her his plans of taking her away from this place. He gets absolutely mad when he sees Gaitee taking her music lessons from Ustaad Saab and he misbehaves with him. Khayyam has now given Gaitee an ultimatum to either choose him or her lifestyle. Poor Gaitee, what will she do now? Will she leave everything for her childhood love or obey her grandmother’s wish of learning music?

tweet
Share on FacebookShare on TwitterShare on PinterestShare on Reddit
Rameeza NasimJuly 24, 2019
the authorRameeza Nasim
Rameeza Nasim, a Paralian, passionate about poetry, drama and fiction. By giving drama critiques I feel like I am endorsing the writer's message to the audiences, I love my job. Being a critic responsibility lies on my shoulders to point out the flaws and shortcomings of the play be it on writer's , performers or director's end . I did my Masters in English Literature and Linguistics .
All posts byRameeza Nasim