The play is making us want to unravel the mystery ASAP 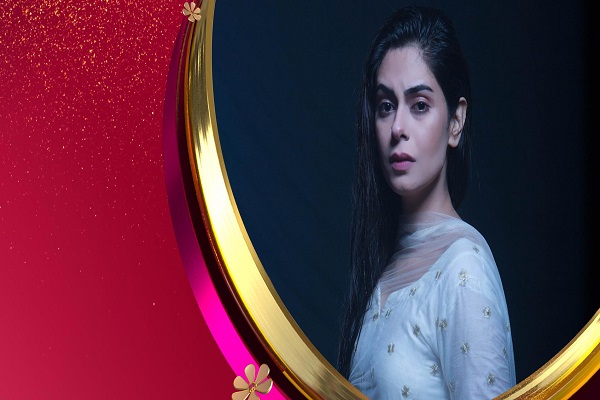 Dil e Beharam A Plus new drama serial on aired its very first episode. The play began on an engaging note, yes the episode has gripped our attention right from the opening scene. A Sadia Jabbar production, the script of the play is written by Mansoor Saeed and it is directed by Syed Ali Raza Usama, the maestro who has delivered hits like Bashar Momin in the past. Amar Khan is playing the lead role in the play as Aiza, and having already proven herself as a promising actress through her performances in drama serials like Belapur ki Dayan and Gughi, Amar has us excited for this project as well. The drama is also starring Wahaj Ali in the male lead and Behroz Sabzwari, Irsa Ghazal, Shafqat ullah Khan, Hina Bayat, Mariyam Nafees, Samina Ahmed, Anum Tanveer and others in the pivotal roles.

The mood of the play has been set right from the opening scene. It is mysterious and dark and revolves around a story of crime and revenge. The drama starts welcoming Aiza as a newly wed bride, having her breakfast with her in laws in a very cheerful and happy mood, when suddenly the mention of Dadi makes her inquisitive about her and she insists that she wants to meet Dadi and despite of her mother in law’s disapproval about the idea she visits her room.

The character of Dadi played by Samina Ahmed is portrayed as a lunatic old woman who has lost her senses after her son’s death and as a reaction she behaves badly with anyone and does not let anyone come near her. Well it gives a feeling that she has not really lost her senses in fact she is reacting over something very terrible done with her. Who did that! How her son died ? What is this mystery? Why Aiza is anxiously insisting for meeting Dadi despite of family’s disapproval? The first half of the episode raises so many questions in our minds.

Well the other half of the episode is bit unfolding. Apparently Aiza is making an impression on the family that she wants to meet Dadi as a good daughter in law who wants to care and shows love to an elderly person, when in real she is the daughter of Mani, the deceased son of Dadi! Aiza’s mother in law seems a very suspicious and manipulative lady and it feels like she is the main culprit as she does not let anyone come near Dadi and has kept a nurse for her care.

Things gets complex when Dadi eats breakfast from Aiza’s hand when she reveals to her that she is her son Mani’s daughter. Dadi loves her and she talks with her and eats the breakfast. This change surprises everyone in the house and makes them happy except Aiza’s mother in law who scolds her nurse for not attending Dadi carefully and that she needs to be more careful as she does not want Dadi to get better at any cost! Furthermore she takes Aiza to her mother’s place and indirectly warns Aiza’s mother. Well Aiza’s mother’s later reaction reveals that she has planned all that and she is the one taking revenge. Aiza’s mother tells Aiza that she has to take revenge for her, the reason why she has married in the household in the first place. The end of the episode leaves us craving for more information and we are anxiously waiting for the next episode to unfold the story a bit more.

tweet
Share on FacebookShare on TwitterShare on PinterestShare on Reddit
Rameeza NasimJanuary 10, 2019
the authorRameeza Nasim
Rameeza Nasim, a Paralian, passionate about poetry, drama and fiction. By giving drama critiques I feel like I am endorsing the writer's message to the audiences, I love my job. Being a critic responsibility lies on my shoulders to point out the flaws and shortcomings of the play be it on writer's , performers or director's end . I did my Masters in English Literature and Linguistics .
All posts byRameeza Nasim