A prolonged suffering for Ayeza and Tabish 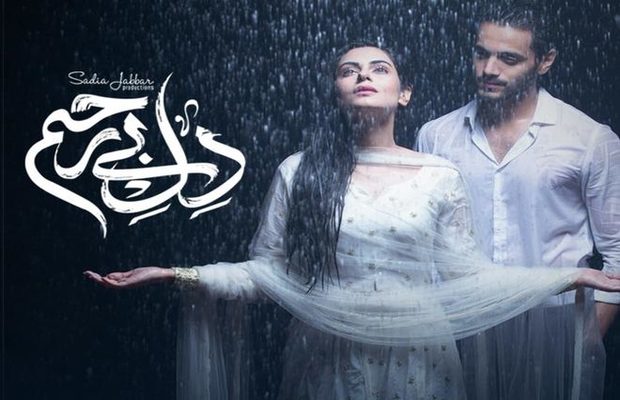 Another episode, another piece of the puzzle fits in, and another plot of revenge is out in the open. It is easy to infer that pretty much all the characters in Dil e Bereham are deceptive, dishonest, and misleading. By now, we can set the good ones apart from the bad ones, or at least that’s what we think so. In all honesty, the only thing we can be sure of at this point is that nothing is ever as it seems.

The latest episode of Sadia Jabbar Productions’ Dil e Berehem shows Farah and Tahira planning to go on yet another mission of retribution. The episode begins with a heartbreaking scene for the audience, where we see Ayeza weep as Farah talks about her master plan to achieve vengeance. It is truly tear-jerking to see that the only thing on Ayeza’s mind is Tabish’s whereabouts; all she cared about at that moment was his well-being. They say love conquers all, and we see that happening in Ayeza’s case as she worries that if her true identity is revealed, Tabish would leave her. Amar Khan performs this scene brilliantly, as she cries hysterically in front of her mother, and we can feel her heartbreak through our screens.

As far as Tabish is concerned, his sincerity has sadly brought him to a truly dreadful situation. Wahaj Ali vividly depicts the mixture of anxiety and anger on his face, as he struggles to get out of his dilemma. If Tabish knew what his mother and Farah, have in store for him, he might just get an anxiety attack. In a truly shocking scene, we see Tahira ordering Farah to ruin Tabish’s image, to lie and portray him as a predator. The power and indifference in her voice, as she easily asks someone to ruin her son’s life, is enough to send chills down your spine. In this game of revenge, it looks like no one can get an easy way out.

Alina finally tells her father about Sheheryar and family’s situation, asking him for his help. As her parents visit Sheheryar’s father in the hospital, the unexpected happens: instead of offering their help, her parents call them out for blackmailing Alina. It turns out, they have finally realized that Alina’s marriage with Sheheryar was just a business deal for them, and they were after her money.

With its rather complex and unique premise for a soap opera, Dil e Bereham has easily become a fan favorite. It offers a great cast and a truly unique storyline, enough to keep us hooked. Sadia Jabbar Productions has truly outdone itself and has set the bar quite high, with every episode turning out to be better than the previous one.

tweet
Share on FacebookShare on TwitterShare on PinterestShare on Reddit
Saman SiddiquiApril 4, 2019
the authorSaman Siddiqui
Saman Siddiqui, A freelance journalist with a Master’s Degree in Mass Communication and MS in Peace and Conflict Studies. Associated with the media industry since 2006. Experience in various capacities including Program Host, Researcher, News Producer, Documentary Making, Voice Over, Content Writing Copy Editing, and Blogging, and currently associated with OyeYeah since 2018, working as an Editor.
All posts bySaman Siddiqui