Dobara Episode-20 Review: Mehru is taking stand for Mahir against her family

All are against Mahir just for monetary interests. 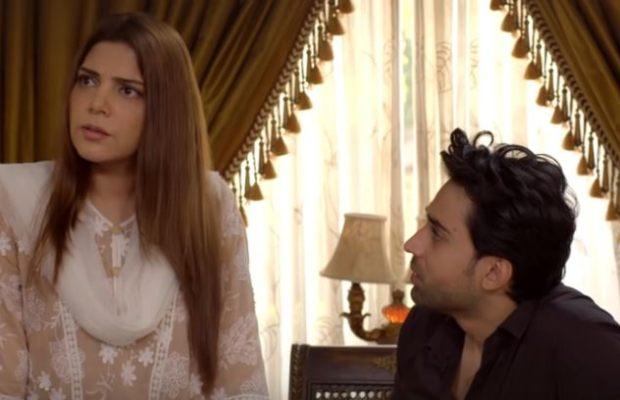 Dobara the drama serial airing at Hum TV is one of the most interesting Prime Time Watch with a progressive approach. Performances are top-notch. In the previous episode, we have seen that Mahir has revealed to his friend that he has married Mehru for money. In this episode, Mehru is not only trusting Mahir in all her matters but she is also taking a stand for him in the house.

Mahir is getting discharged from the hospital, Mehru is blindly trusting her as he has very artfully won her trust. Mehru gives Mahir his due place in the house by asking him to sit in the head chair. Although the play is progressive it has very nicely given an Islamic perspective that the head of the family should be male if he is pious.

Durdana Phupho is not getting slow she overhears the conversation of Mehru and her friend where she is telling Nayyara that she is going to give Mahir full charge of the office. Phupho shares this news instantly with Sahar but Affan is still not convinced to come back home. Mahir has an argument with Phupho she actually roasted her but Phupho is being Phupho she makes the best out of this situation.

Durdana Phupho calls Affan and tells him how Mahir has insulted her and that she is going back to Canada also she tells Affan that he is taking over everything. Affan gets panicked too he decides to come back to protect his rights and property. This time Mehru has warned her not to misbehave with Mahir she further instructs him to tell his wife too not to misbehave with Mahir. Affan is speechless he is left with no option but to say that he will be joining the office by tomorrow. Affan will surely create problems for Mahir at the workplace.

Mahir’s father gets into a big fuss as his relative sees him with Mehru holding his hand in the hospital and there he tells his pathetic wife what he has seen in the hospital. Well, here Jahanghir can get everything clear by telling his wife that she is Mahir’s wife but no he did not clear it in fact he just made a story why? Phupho is now training Sahar to demean Mahir in front of Mehru. Will she be able to damage his image in front of Mehru? Zamir tells Minahil to go back to her house and also fight for her rights as Zameer has eyes on her share. All are against Mahir just for monetary interests.

tweet
Share on FacebookShare on TwitterShare on PinterestShare on Reddit
Rameeza NasimMarch 10, 2022
the authorRameeza Nasim
Rameeza Nasim, a Paralian, passionate about poetry, drama and fiction. By giving drama critiques I feel like I am endorsing the writer's message to the audiences, I love my job. Being a critic responsibility lies on my shoulders to point out the flaws and shortcomings of the play be it on writer's , performers or director's end . I did my Masters in English Literature and Linguistics .
All posts byRameeza Nasim