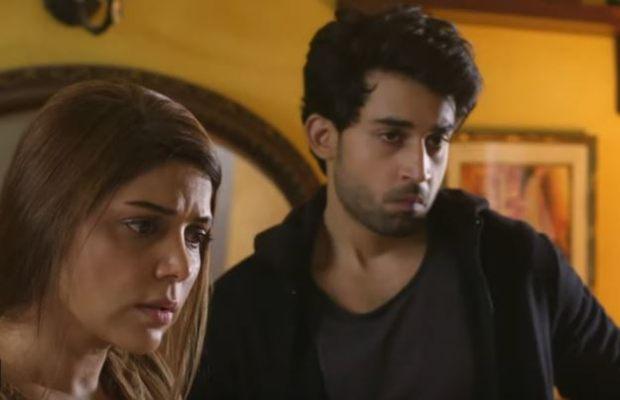 Dobara the Hum TV drama serial is getting stronger, with 25 episodes down it seems that the story is now gradually moving towards its conclusion. Performances are simply top-notch. In the previous episode, we have seen that Mehru takes away office charge from Mahir and appoints Affan at his seat. In this episode, Phupho’s whole game is exposed by Shaano, Mahir is back home and he is winning hearts.

The episode begins with Jahangir Sahab and Mahir’s scene where Mahir is vowing that he is going to carry his relationship with Mehro with honesty and he will never ever going to betray her. He further tells his father that he does not have to worry about the money he will pay back on his behalf. Bilal Abbas and Shabir Jahan have given brilliant performances. Mahir’s stepmother and sisters are too toxic and greedy.

Shaano has told everything to Nafeesa. She then calls Mahir and advised him to go back to Mehru along with Shaano and tell her everything. Well, we are wondering that this time how they have made the entry into the house, Shabbir has not stopped them? Mahir has exposed Durdana Appa and Sahar’s evil plotting to Mehru with help of Shaano. Mehru is super shocked to hear the truth!

Mahir plays his greatness card so well here and this time it seems that he is honestly winning hearts. Mahir tells Sahar to apologize and Affan overhears their conversation. He is shattered to hear that his beloved wife can stoop so low! The best part about Affan is that even though he is broken and angry but he has not turned violent. He tells Sahar that she has embarrassed him in front of his own mother and Mahir. Well, Mehru forgives Sahar for Mahir’s insisting and Mahir has somehow been able to win Sahar and Affan’s hearts.

Phupho is finding a way to flee from the situation. Zameer is playing his Damaad card so well and he shamelessly demands a hefty amount of 20 Crores from Affan to fund his business project to which he almost agreed. Despite hearing all conversations between Mahir and his father, Mahir’s stepmother is still after Mehru she wants to cash him for her daughter’s interests. Mahir’s sister is equally greedy and cannot believe that she is the same girl who was back then advising her mother to sell her jewellery for her father’s treatment. Is Mahir going to let Mehru help his family? Will Zameer be able to get that hefty sum of money? Will Affan back off from the office and let Mahir have the charge? Let us wait for the next episode.

tweet
Share on FacebookShare on TwitterShare on PinterestShare on Reddit
Rameeza NasimApril 14, 2022
the authorRameeza Nasim
Rameeza Nasim, a Paralian, passionate about poetry, drama and fiction. By giving drama critiques I feel like I am endorsing the writer's message to the audiences, I love my job. Being a critic responsibility lies on my shoulders to point out the flaws and shortcomings of the play be it on writer's , performers or director's end . I did my Masters in English Literature and Linguistics .
All posts byRameeza Nasim