Dour Episodes 36 & 37 Review: Romaan has left his house and business 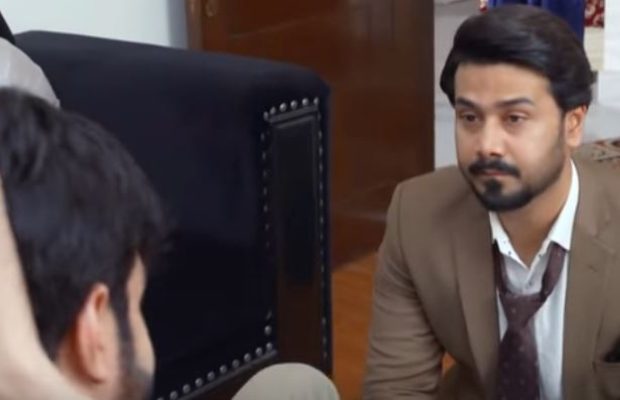 7th Sky Entertainment’s drama serial Dour seems to move fast towards its end as most of the issues get settled. In the previous episodes, it was shown that Asma and Romaan have lost their unborn child and then Romaan posts an FIR against Abhaan. In these latest episodes, the story moves forward as Romaan leaves his house, car and business to Mrs. Etheshaam, and also Adil brings back Hania.

Romaan and Asma are recording their statements at the police station against Abhaan, Abhaan is creating a drama that his mental health is affected by his physical condition and he may have committed that mistake because of his poor mental health condition on top of that Mrs Etheshaam too appears at the station with Abhaan’s medical reports which says that he has challenging state of mental health.

Romaan goes at Mrs Etheshaam’s place to return his car, credit cards and everything. Mrs. Etheshaam poses to be generous lady saying that he can keep all this stuff as he has served them for years but Romaan says that he does not want to keep a penny from her. One of the most powerful scene is when Abhaan asks him not to come to his office, he returns his keys and places it on Abhaan’s paralyzed hand which has hurt Abhaan the most.It is so satisfying to see him crying.

Yasmin is the most annoying character. Mrs Etheshaam is now directly blackmailing Yasmin that she is going to kill her daughter if she will not marry Abhaan. Yasmin has already asked Adil to bring her daughter back. She in the middle of the night sneaks out of Romaan and Asma’s place and goes at Mrs Etheshaam’s house. Mrs. Etheshaam is all set to perform her nikkah with Abhaan as soon as possible she asks the guard to arrange a molvi for the nikkah but the guard calls Romaan and tells him all plan of Mrs. Etheshaam.

Romaan reaches Mrs. Etheshaam’s place and there Yasmin surprises them by placing a knife at Abhaan’s neck and threatening Mrs Etheshaam to bring her daughter back and call Shaukat. Well Shaukat has died in interior Sindh by slipping into the Batthi (furnance) while he was trying to threaten police to throw Hania into it but instead he slipped in it accidentally. Yasmin is threatening Mrs. Etheshaam and Shaukat’s number is not working. Romaan calls Asma and tells her that Yasmin is at Mrs Etheshaam’s place. She reaches there and at the same time Adil too enters into the scene with Hania. Yasmin tells Adil that he can marry her but Adil says that he does not want her to marry him in gratitude. Story is unnecessarily stretched, 37 episodes down, it should wrap up by the next episode.

tweet
Share on FacebookShare on TwitterShare on PinterestShare on Reddit
Rameeza NasimNovember 12, 2021
the authorRameeza Nasim
Rameeza Nasim, a Paralian, passionate about poetry, drama and fiction. By giving drama critiques I feel like I am endorsing the writer's message to the audiences, I love my job. Being a critic responsibility lies on my shoulders to point out the flaws and shortcomings of the play be it on writer's , performers or director's end . I did my Masters in English Literature and Linguistics .
All posts byRameeza Nasim