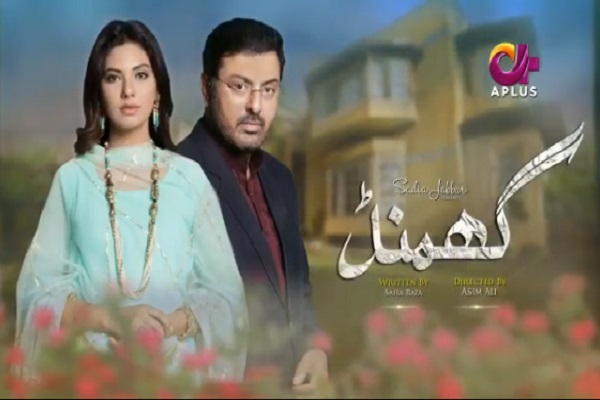 Shaheena failed to make Maqsood Sahab forget everything and fall in love with her again in the last episode. Another episode just hit our screens with an even more intense situation.

Recently, Haani seemed to be very concerned about Shaheena’s numbness and silence throughout the day. It’s obvious that she was thinking about Maqsood Sahab and in the meanwhile, Chandni tried to convince her father to at least go and see Shaheena for she was very ill. Maqsood Sahab visited her and opened himself in front of her. The conversation went very well though but still, Maqsood Sahab was marrying anyway.

The maid cooked some delicious food for Shehnaz bhabhi but that meal didn’t go as expected. In fact, it went so worse that it caused a break up between the two families because Shaheena asked for Haroon as ghar damaad so she’s not left alone. After their departure, Shaheena blamed herself for Haani’s dripping tears and BOOM! Haroon entered the room. He offered her an alternative, but she refused to accept it and left the room saying “main hi buri hun”.

Shehnaz visited Shaheena again, and infuriated upon Shaheena’s behavior, she criticized her married life with Maqsood and added that they must forget Haroon now. We know something even worse will happen in the next episode but let’s hope for patch up between the two families.

What are your views? Don’t forget to watch Ghamand on Friday at 8p.m. on APlus TV.