This episode is also very melancholic 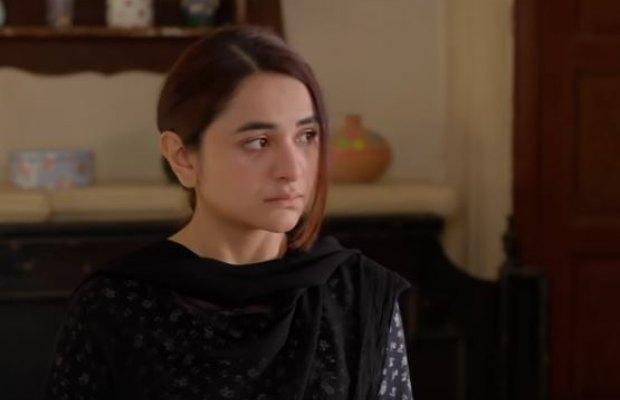 HUM TV’s drama serial Ishq e Laa has turned depressing since the death of Shanaya. It’s 14 episodes down and this whole episode is too in melancholic spirit, this sadness is getting heavy. In the previous episode, we saw Azlaan was getting hallucinations of Shanaya. In this episode, Azlaan continues with that state of mind and Azka out of her poverty issues makes her mind to marry Abid.

The episode begins with Azlaan having intense hallucinations of Shanaya, which seems to be too much of a stretch. In one of the scenes, Azlaan is seeing admission papers of Azka and recalling Shanaya telling him that she will support Azka’s studies. This gives a ray of hope that he might go to help Azka.

Azka’s family is suffering from financial crises, her family has nothing to eat. Kanwal is gone out to look for a job and Azka is wondering what they will eat when Abid knocks at her door. Azka silently opens the door, Abid has sensed that Azka is not okay so he inquires about the matter. Well, the way Abid asks Azka has created a soft corner in our hearts as well for him. Azka has reluctantly hinted about her financial issues.

Abid is so sensible that he does not ask much from her. He leaves saying that he will be back. He comes back with bags full of groceries telling her that if she needs anything else she can tell him he will bring it for her. It is Abid’s act of Kindness that has melted Azka’s heart or is it just out of her financial pressures she decides to marry Abid. Well, it is such a hasty decision from her side that she has not thought twice and she tells Abid to bring her mother as she is ready to marry him.

Abid is over the moon he starts insisting his mother once again ask for Azka’s hand. Kanwal, when returned back from the work, sees her daughter having Pulao gets shocked that where did she get that food when Azka tells her about Abid she tells him that it’s not a big deal she has got the job she will return him his money. When Azka shares that she is thinking of marrying Abid, her bhabi gets mad so is her mother. Azka’s family will never let her marry Abid.

The episode ends when Azka is praying to God to send her away as she really wants to get admission to the medical college. Well how long Azlaan will stay with this deteriorated state of mind having such intense hallucinations?

tweet
Share on FacebookShare on TwitterShare on PinterestShare on Reddit
Rameeza NasimJanuary 28, 2022
the authorRameeza Nasim
Rameeza Nasim, a Paralian, passionate about poetry, drama and fiction. By giving drama critiques I feel like I am endorsing the writer's message to the audiences, I love my job. Being a critic responsibility lies on my shoulders to point out the flaws and shortcomings of the play be it on writer's , performers or director's end . I did my Masters in English Literature and Linguistics .
All posts byRameeza Nasim