mutiny is getting out of control 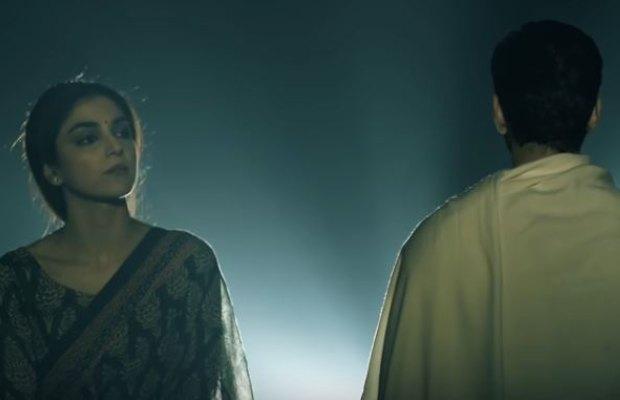 Jo Bichar Gaye the masterpiece series at Geo Entertainment is in fact the best in the running. The story has now progressed to a depressing phase. Mutiny is getting out of control and there is anarchy everywhere even Pakitan Army is not safe in East Pakistan. In the previous episode, we have seen Rumi’s house is also marked with a red cross. In this episode, Maya senses that there is something wrong with Rumi.

This episode is a bit slow as the story has not much progressed except the Mujeeb talks. We have seen that the mutiny has gone out of hands now, the union leaders, the common people are even not scared of anything. They are challenging the Pakistan Army and we have seen that Pakistan Army has failed to control that group of people.

Rumi and Captain Farrukh’s encounter is one of the interesting highlights of this episode. How much we adore both of these characters whose ideologies are poles apart. Rumi is not getting slow he taunts Captain Farrukh on his helplessness. Captain Farrukh prefers to keep himself silent and they both are standing outside the hall where Mujeeb talks are going. They are wondering if these three people are going to decide the faith of the Nation.

That scene is so bone-chilling when a group of people armed with sticks stops the jeep of Captain Farrukh with his senior. The fear is very much evident from the face of the senior. Captain Farrukh has gone for the negotiations but they are not in the mood of any negotiation. The senior sends Major Gayasuddin for negotiation as he is Bengali so he can understand their language, he is already a traitor so he said some inappropriate stuff to the senior even he gets shocked. There is no sign of that group will spare the army officers but then a siren blows and they start stamping their sticks and then they leave the place.

Maya is sensing that something terrible is going on with Rumi. Rumi is not leaving the house and he seems super scared when Maya asks him the reason why he has been so scared he avoids replying to her. When she asked something bad going to happen he says he won’t let anything bad happen which alarms Maya even more. She asks if their house is marked he replied in negative. The heartbreaking scene is when Maya asked Rumi will Pakistan going to divide into East Pakistan and West Pakistan, he replies it has already been divided, there are tears in Maya’s eyes and our eyes too it is so heartbreaking.

tweet
Share on FacebookShare on TwitterShare on PinterestShare on Reddit
Rameeza NasimJanuary 31, 2022
the authorRameeza Nasim
Rameeza Nasim, a Paralian, passionate about poetry, drama and fiction. By giving drama critiques I feel like I am endorsing the writer's message to the audiences, I love my job. Being a critic responsibility lies on my shoulders to point out the flaws and shortcomings of the play be it on writer's , performers or director's end . I did my Masters in English Literature and Linguistics .
All posts byRameeza Nasim