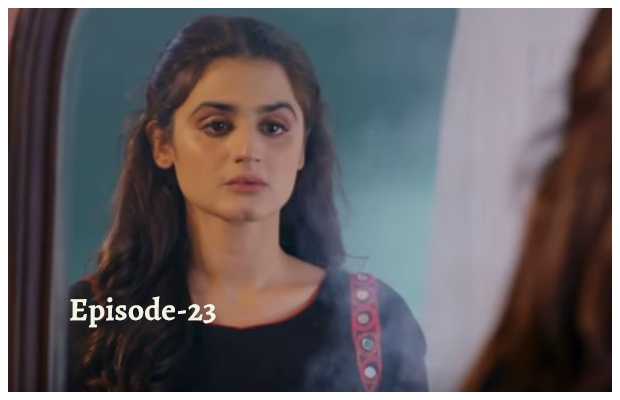 Kashf the drama serial running at HUM TV is unique in terms of its story premises. In this episode, the major developments in the story include that Wajdaan has made up his mind not to go back but to stay there and settle down in that city, also that he is getting irritated by Kashf’s (Hira Mani) dreams. Zoya on the other hand announces to her family that she is going to marry Mattiullah.

Well, Wajdaan (Junaid Khan) has turned into a grey character. He is clearly ditching Kashf’s father from the promise he had made with him for allowing Kashf to sit at the astana. Wajdaan is now being jealous of Kashf’s fame and reverence too, he gets extremely annoyed to see Kashf’s follower in the hotel and he is expressing his anger to Kashf as if Kashf has herself called that follower.

Kashf’s dreams are now irritating Wajdaan, he simply does not want to hear about these dreams at all. Kashf is a bit restless as she is continuously seeing bad dreams and she wants to help her followers and wants to go back to the Astana but Wajdaan is not ready to accept this idea. He wants to settle down in this city, poor Kashf has no choice but to agree to what her husband says. Wajdaan gets furious when a group of her followers comes to visit her in the hotel room. Wajdaan is behaving as if Kashf has called them, he even taunts her that she and her father both have made a business out of her dreams. Well, he is not even wrong.

Well, one wonders what is cooking in Mattiullah’s head? Zoya meets him and then he boldly announces in her family that she is going to marry Mattiullah! Surprisingly his father does not react much to it. How this will going to help Zoya marry Wajdaan is not making any sense. Matiullah has also given a green signal to Ashi’s lover to take his proposal for Ashi as it is the right time to disturb Kashf’s father. Will Zoya really marry Matiullah? Will Kashf’s dreams create more troubles in Wajdaan and her relationship?

tweet
Share on FacebookShare on TwitterShare on PinterestShare on Reddit
Rameeza NasimSeptember 16, 2020
the authorRameeza Nasim
Rameeza Nasim, a Paralian, passionate about poetry, drama and fiction. By giving drama critiques I feel like I am endorsing the writer's message to the audiences, I love my job. Being a critic responsibility lies on my shoulders to point out the flaws and shortcomings of the play be it on writer's , performers or director's end . I did my Masters in English Literature and Linguistics .
All posts byRameeza Nasim